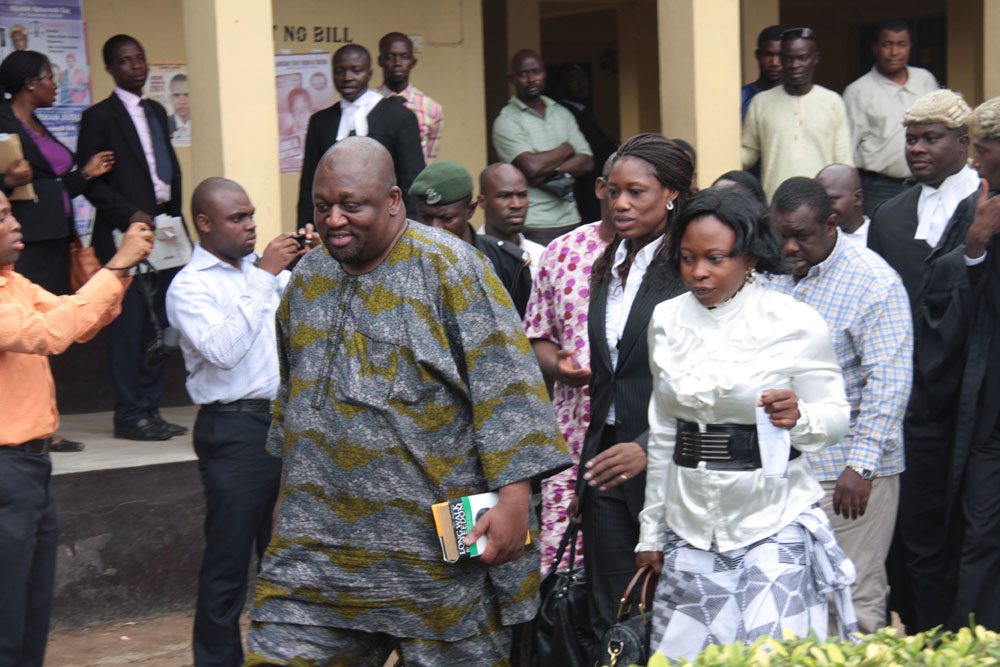 The Economic and Financial Crimes Commission (EFCC) said that it had powers to prosecute Deji Abiola, who was alleged to have stolen N35.5 million from a Lagos-based businessman. naijagists.com

The News Agency of Nigeria (NAN) reports that Abiola, who is the son of the late Chief M.K.O Abiola, was arraigned by the EFCC on June 30, 2011 before Justice Adeniyi Onigbanjo of an Ikeja High Court in Lagos.

Abiola was arraigned for allegedly stealing the money belonging to Mr. Jide Jose, under the pretext of helping him to import printing machines from Switzerland.

EFCC lawyer, Mr. Omeiza Adebola, told the court on Wednesday that the charge preferred against the son of the acclaimed winner of the June 12, 1993 Presidential Election, was competent.

Adebola urged the court to dismiss an application for quashing of the stealing charge filed by Abiola’s lawyer, Mr. A.O. Fasugba.

The Prosecutor said the application was premature and an abuse of court processes, because it violated the provisions of the Administration of Criminal Justice Law of Lagos State, 2011.

He argued that the EFCC had a valid fiat from the Attorney General of Lagos State to prosecute Abiola for the alleged offence.

Fasugba had in the application urged the court to discharge his client, claiming that the EFCC had no power to prosecute him for the charge of stealing which was a state offence.

He said the charge brought on behalf of the Federal Government of Nigeria was incomplete and incurably bad.

According to him, the proof of evidence filed in support of the information did not disclose any offence for which the accused can be tried.

“The information is frivolous, vexatious and aimed at harassing and intimidating the accused and constitutes an abuse of court process, “ Fasugba said.

Fasugba further argued that the court lacks jurisdiction to try Abiola by virtue of the charges preferred against him.

Justice Onigbanjo fixed March 12 for ruling on the application.

Lesbianism Saga: Asa to Appear in Court Today
Tuface Idibia & Annie Macaulay To Tie The Knot in May, 2012