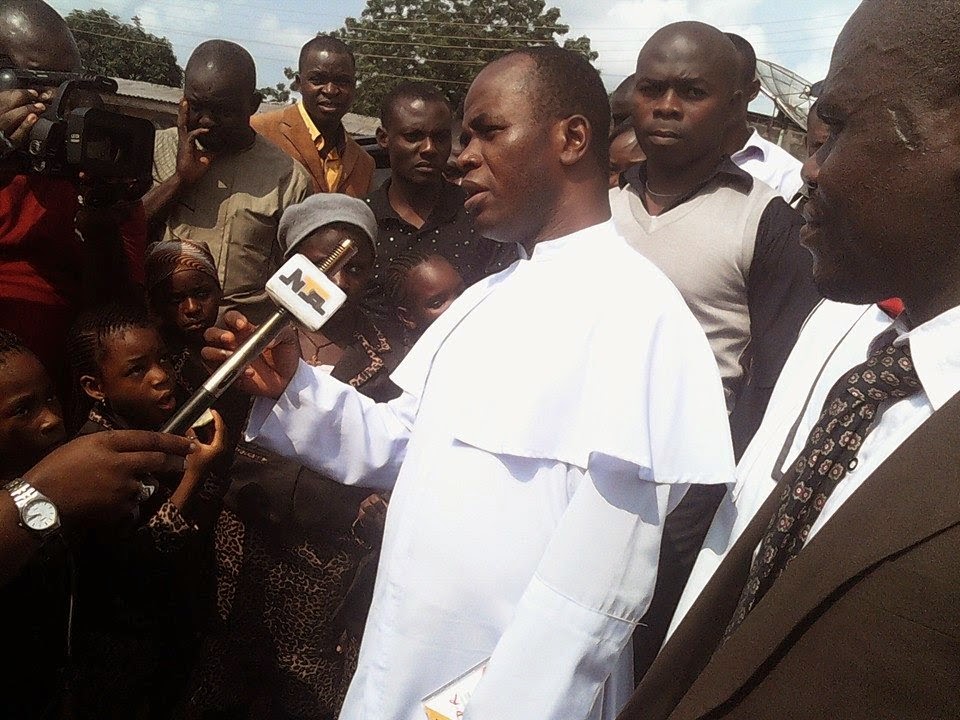 On New Year’s eve, fiery Catholic priest and the Spiritual Director of the Adora­tion Ministry in Enugu, Rev Father Ejike Mbaka, delivered a prophetic message that shook the country. He said President Goodluck Jonathan would fail in the presidential election.

Why did Mbaka say so? He had told the world that the Holy Spirit told him Goodluck Jonathan was not favoured to continue as president going by the state of the Nigerian economy and widespread insecurity, which he had failed to contain.

Soon, a controversy ensued and tongues started to wag about the message of the priest, more so as the First Lady, Dame Patience Jona­than, had only visited the Adoration Ground in Enugu last November. 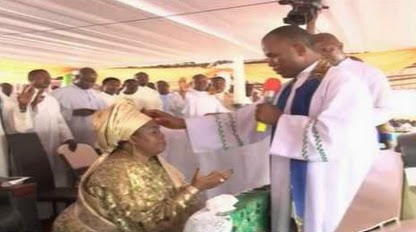 A confidant of Father Mbaka and Media Chief of the Adoration Ministry, Mr Maximus Ike Ugwuoke, a lawyer, told Sunday Sun that Presi­dent Jonathan has himself to blame as he took the word of the Holy Spirit delivered by Mbaka for granted.

According to Ugwuoke, Mbaka had a huge burden placed on him after the visit of the First Lady when one of the doves released refused to fly until the message became clear to him that the Holy Spirit had rejected the president.

He said Mbaka made several moves to reach the president so as to see what could be done, but the presidency shut the door at him.

Instead, he said, what the man of God got was a threat to his life.

Ugwuoke said when so many people doubt­ed the fulfillment of the prophecy on grounds that Jonathan would ride on the power of in­cumbency to defeat General Muhammudu Buhari, Mbaka knew it was all over for him (Jonathan).

The media chief disclosed that on the Sun­day preceding the presidential election, Mbaka had burst into victory songs, which he had not sung for a very long time.

Ugwuoke in this exclusive interview with Sunday Sun gave graphic details on what transpired during the First Lady’s visit to the Adoration Ground, the prophecy of Jonathan’s fall, the challenges the prophecy brought to the ministry and why Nigerians should listen to the words of genuine men of God. Excerpts:

On New Year’s eve, Fr Mbaka deliv­ered a controversial message that Presi­dent Goodluck Jonathan would not be re-elected saying it was a message from God to him. Many doubted his message, but we saw some days ago when the presidential election result was released, that the president was actually defeated. How do you look at this?

Well, I see the election that has just come and gone as a prophecy fulfilled. It is an indication that the real message of Fr Mbaka was actually from the oracle of the Holy Spirit. He said in that prophecy that this Goodluck has become bad luck to us.

Can you explain what he meant by that?

The message doesn’t need much explanation so to say because even in the message itself, he stated why he has to make that statement. I am not here to interpret his message. But I remember him saying that when Goodluck met our oil, the oil became bad luck and poured away. The mes­sage is already there, I can’t add nor remove. What he meant when he said that Goodluck has become bad luck was looking at the economy, at the differ­ent areas where people expected him to perform which he failed to perform, he thought it was bad luck and I think that was why he had to make that statement. All he had said in the message will tell you why Goodluck became bad luck.

There was also this demonstration by Fr Mbaka using doves and that of Jona­than didn’t fly. You were there when this thing took place. What actually hap­pened?

I was there when it happened, up to a million people were there too and I tell you something, that message was delivered at a time when the minis­try witnessed the highest gathering being the New Year’s eve. It was during Goodluck’s wife visit, he had actually prayed for the woman and after praying for her, he brought the dove, four pigeons, and said that he was releasing the pigeons to go and fight for Jonathan in the four cardinal points of the earth. He was opening the cage where the pigeons were and I saw some of the pigeons, two or thereabout, left the cage. And there was one that refused to leave. He made everything possible for that pigeon to leave, because the thing flew up to the place where the singing ministry members were. For us it was like a drama. People tried to force the pigeon to fly away but whatever they did, the pigeon came back. So, Father as the priest said that people should leave the pigeon alone. Then later on, he was able, because he sees what I don’t see, he said he was able to discern from the spirit that the spirit told him not to force that pigeon to fly because “I have rejected Goodluck.” That was why immediately after that prayer, he felt that there should be a U-turn. Remember that the man we are talking about here is a servant of God. Let me tell you what I know about Fr Mbaka, he is someone who doesn’t look at faces. When it comes to his prophecy and his calling, he doesn’t want to know whose ox is gored. When he has got that conviction that this is, what the spirit has told him to do, I tell you nothing stops him from doing it. And that is why sometimes people think he’s so controversial.