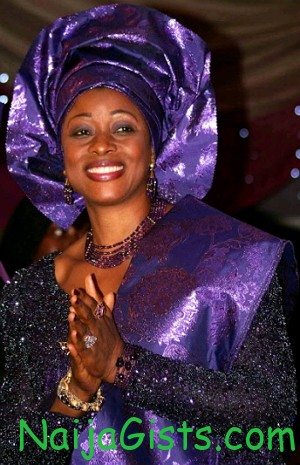 According to insiders, the beautiful woman has stepped down due to her failing health. We learnt Funmi Olayinka has been battling the cancer for sometime now before she finally made up her mind to take time out.

Olayinka Funmilayo, the former boss at United Bank Of Africa quit her position for active politics.

According to National Enquirer magazine, all effort to get her Chief of Staff, Mr Mojeed Jamiu on the phone proved abortive. His phone rang severally with no one to pick it up.

Though Ekiti state government said she hasn’t resign her position, sources in the know claimed she has secretly stepped down.