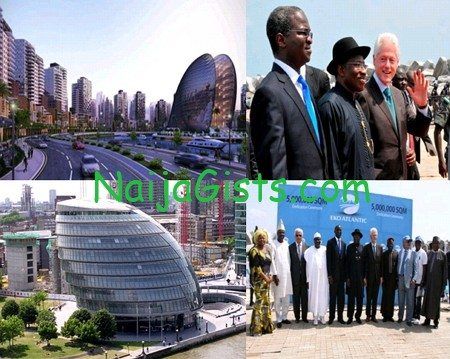 The 1st phase of the project has been completed and the dedication was done in the presence of famous people including ex-President of the United States of America, Bill Clinton, Senator Bola Tinubu, Lagos State Governor Babatunde Raji Fashola and the President of the Federal Republic of Nigeria, Goodluck Ebele Jonathan.

A Little About Eko Atlantic City

Eko Atlantic city starts in 2003 when the Lagos State Government was in search of a permanent solution to protect Bar Beach in Victoria Island from the effects of severe coastal erosion and to safeguard Victoria Island from the threat of flooding. Between 2003 and 2005 South Energyx Nigeria Limited, the developers and city planners of Eko Atlantic engaged in a feasibility study with international experts to solve the problem once and for all.This chronology begins in 2005.

This new Nigerian city will rise from what was in existence over a hundred years ago. Land reclamation work is already on track to create solid foundations extending over ten square kilometres. This will support a new urban development the size of the Manhattan district of New York City.

Lagos and Eko Atlantic are expected to become the new financial epicentre of West Africa by the year 2020. By that time, Nigeria will be one of the world’s 20 largest economies. Eko Atlantic is the essential city for Lagos currently under construction off Bar Beach, Victoria Island.

Eko Atlantic will change the face of Africa and will help Lagos State transform itself into mega city-status on the world map. This state will provide space for the 25 million people expected to live and work in the region by the year 2015. Eko Atlantic is a creative and ambitious development and is rapidly becoming a source of great national pride in Nigeria.

The new city of Eko Atlantic is the most impressive urban development project in Nigeria.

Eko Atlantic will be a new home to 250,000 people and the workplace of another 150,000. The nine square kilometre development will have waterfront areas, tree-lined streets, efficient transport systems and mixed-use plots that combine residential areas with leisure facilities, offices and shops. 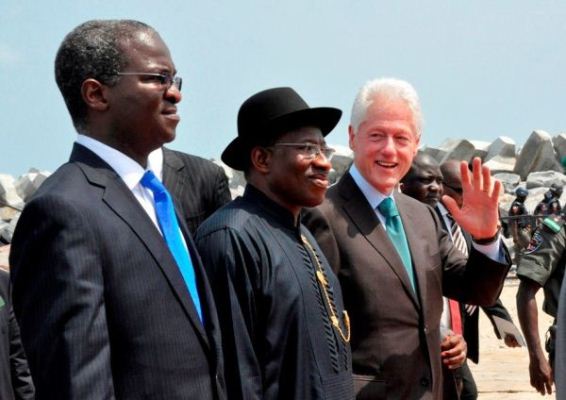 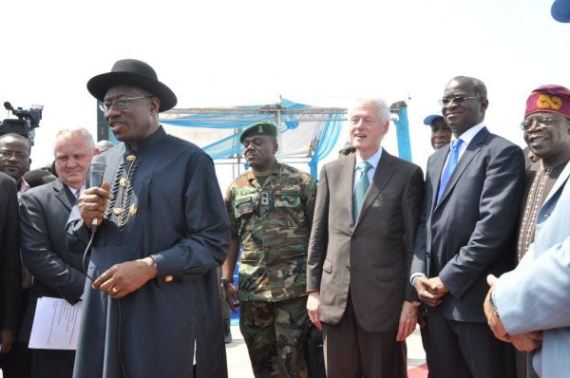 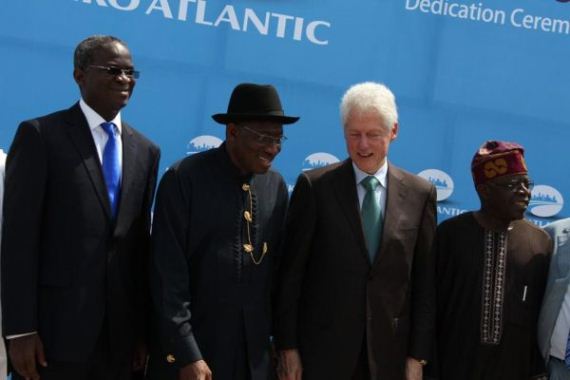 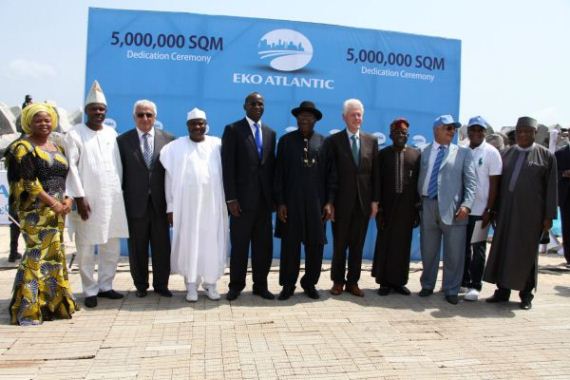 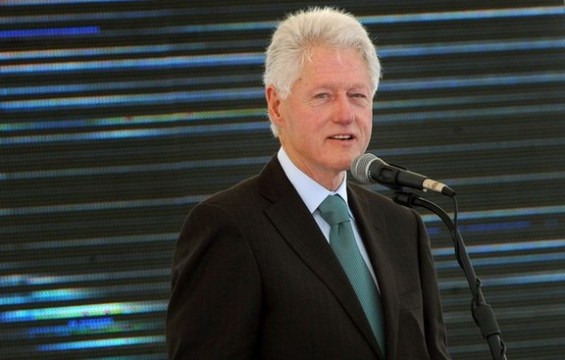