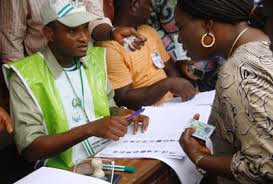 The elections petition tribunal sitting in Abuja have nullified the election of the Speaker, Owaji Ibani from Andoni constituency and 20 lawmakers in Rivers State House of Assembly.

The lawmakers were elected on the platform of the Peoples Democratic Party on April 11 2015 in an election marred by vote rigging and violence.

It would be recalled that governor of Rivers, Nyesom Wike, was sacked on Saturday by a tribunal under the same circumstances.

Despite the sack of the lawmakers, PDP still has a majority in the house.

There are 32 state lawmakers in Rivers state with the election of 21 members nullified the state assembly will no longer form a quorum.