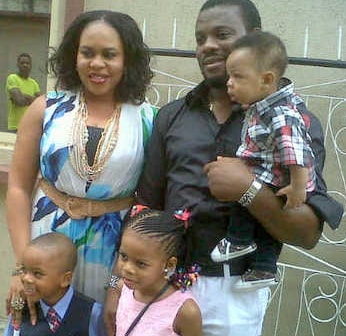 Popular Nollywood actor Emeka Enyiocha is back in full force.

The actor who opened a beer parlour in Surulere a while back has closed it down and staged a comeback to acting.

In this interview with Benjamin Ujoku, the busy father of three offered explanation on why he went missing on the big screen.

This is what Enyiocha said during the interview that held at Tope Duker’s 40th birthday party in Lagos recently.

“ I opened a beer parlour because I don’t want to work for other people to eat. I left the industry because I got married and started having kids.

I had more responsibilities to deal with. I needed to be closer to my family and kids so that they would not call me uncle when they see me.

Marriage and family slowed me down. It definitely slows someone down except you do not want to take care of your family”.

The actor who returned in full force has been going from one movie set to the other.