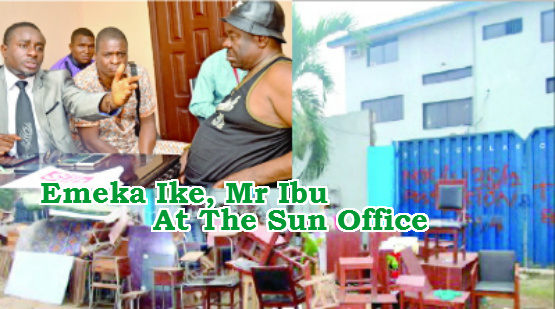 Nollywood actor Emeka Ike who lost his highbrow school on November 22 2013 has appealed the decision.

But in a ruling delivered on February 23, 2016, Magistrate A.R Onilogbo sitting in Ikeja, granted leave to the actor to appeal the earlier judgment, as well as extended time to file the appeal.

“By the provisions of Section 70 (1) of the Magistrate Court Law of 2009, which provides that leave of court is required in all civil appeals, the applicant (Emeka Ike) must therefore seek the permission of the court to file the appeal,” the magistrate said. “The nature of discretion required in such circumstances is one which requires the court to act according to rules of reason and justice and not private opinion; and according to the provisions of the law.

It is my finding that the grounds of appeal as contained in the applicant’s notice of appeal dated 10th February 2014 raises inter alia, issues of mixed law and fact which thus require that he seek the leave of court to appeal in respect thereof.”

In the notice of appeal, the actor, through his lawyer, Jimilu Habu Bashir, is contending that the court lacked the jurisdiction to determine the case as at the time it did because both parties were still before an arbitration panel over the issue.

The actor who is laying claim to N4 billion damages, argues that he was not given fair hearing as he was not allowed to participate in the proceedings that led to the judgement evicting him from the property.

Mr Ibu Spotted At African Store In Germany…Nollywood Actor On Vacation In Europe [PHOTOS]
In Picture: Mother Of 3 Found Begging Near LASUTH In Ikeja Lagos Rescued