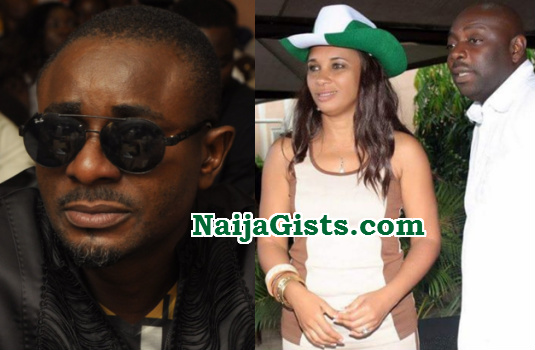 Few days ago, a Federal High Court sitting in Lagos terminated Ibinabo’s tenure as the President of the Actors Guild of Nigeria. His BOT and executives were also let go.

Nollywood actor Emeka Ike, who claimed he is the rightful owner of the post has now taken over.

However, Ibinabo people are not happy with Emeka Ike.

The actor said his victory has nothing to do with Ibinabo’s predicament.

“My victory at the court has nothing to do with Ibinabo’s predicament. This case is different and if Ibinabo is going to go to jail for my own case, they should come and beg me. Instead of them to come and beg me, they are still going to the press to say all sorts of rubbish about me. There is still a second jail term for Ibinabo. It is called contempt of court and it would also include Segun Arinze. Anyone that ties Ibinabo’s plight to my victory is only trying to blackmail me and I know they would not stop blackmailing me. How can anyone say that I sent Ibinabo to jail? Am I the Giwa family or the government?”.

Emeka Ike is not smiling. This man sure knows his right. Oya make una beg him o.