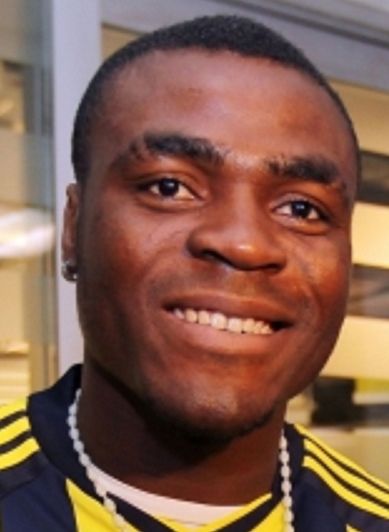 Emmanuel Emenike: I’m A Strong Catholic, I Have No Reason To Convert To Islam, Footballer Blasts Coach

Less than 24 hours after his coach reported to the media that Emenike has converted to Islam, the footballer has debunked the report.

In an exclusive chat with African Football, Emenike said he is very upset about the way his coach leaked his personal information to the media.

The Fenerbahce striker said he only told his coach he was fasting on Saturday when he didn’t show up for breakfast.

This is how the footballer debunked the conversion story:

“I have no reason to convert to Islam even though I have lots of Muslim friends. Is there any big deal observing fasting during the (Muslim) fasting period?” Fasting is not what everybody should know that you are doing and it’s very sad seeing this in the media.”

“I am Catholic, a strong one for that matter, and I came from Christian home.”