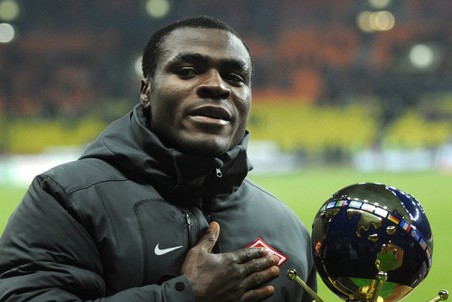 In the wake of a spiritual problem that almost ended his career, budding Nigerian footballer has embraced another religion.

According to Turkish daily , Emenike didn’t join his squad for breakfast on Saturday.

His coach, Vitor Pereira was said to have queried him on why he didn’t show up for breakfast, the footballer replied “I’m fasting”.

Vitor Pereira then replied: “but you’re not a Muslim” but the ex-Spartak Moscow star insisted that he has converted to Islam.

“I became a Muslim, I’m a Muslim” – said Emmanuel Emenike.