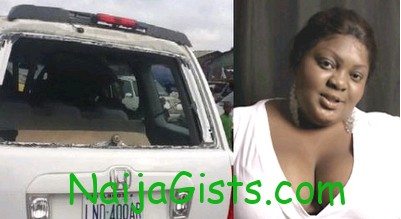 Here is what she disclosed

“[I] never knew I have so much fans. I was mobbed in Ebutte-Metta yesterday. A price to pay for stardom. I think I need body guards.”

According to sources close to her, she acquired the Honda Pilot during a visit to Canada 8 weeks ago.