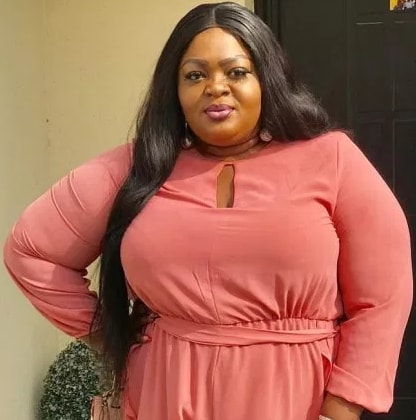 Popular Nollywood actress Eniola Badmus is not letting her bullies and body shamers go free on her page.

The Big Beauty who shared a picture of herself in her signature pose tacked trolls who claimed to be advisig her on the right pose for a big woman.

When fans told her that the pose below  is not meant for people on the big side, the actress quickly fired back. 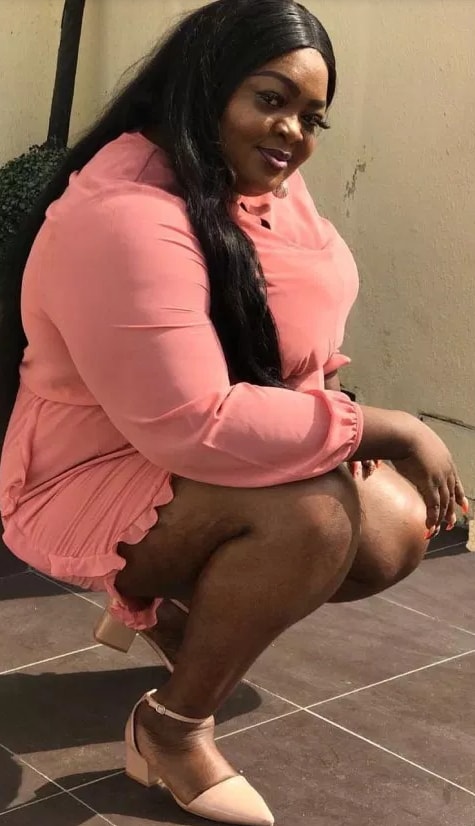 She said it is her own body and that those body-shaming her should stop.

See her response to her attackers below 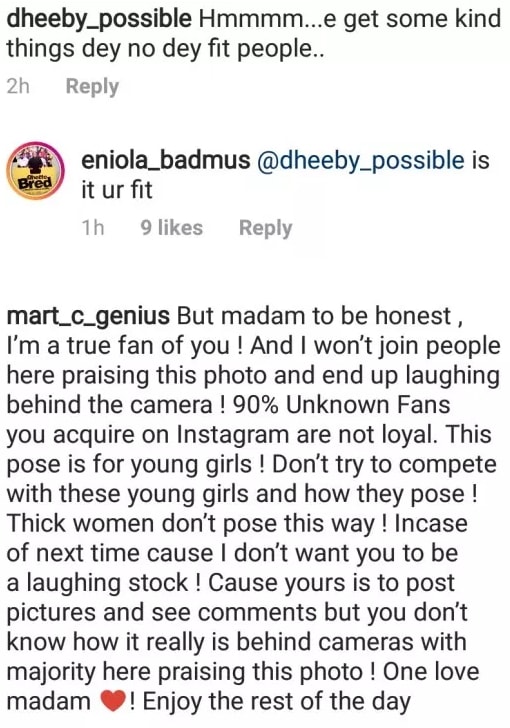 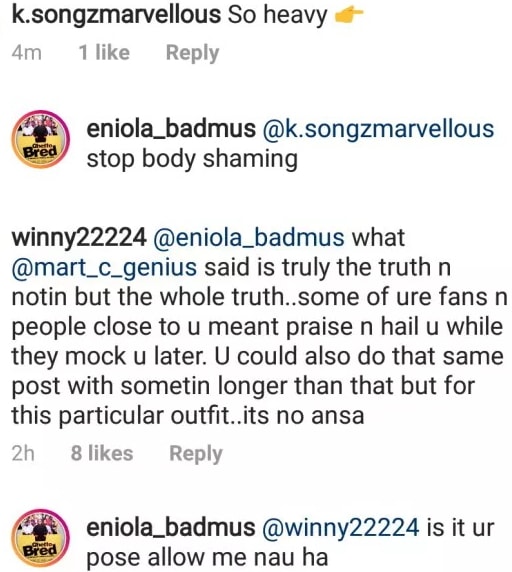