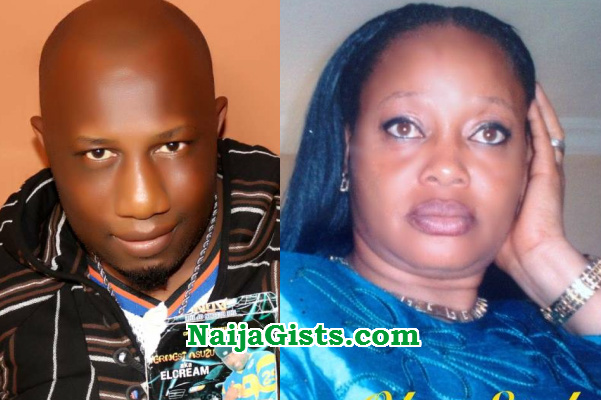 In this explosive phone interview conducted by YES Int’l last Wednesday the 15th of July 2015, Nollywood actor Ernest Asuzu debunked reports that he was spotted begging at Shoprite.

The actor who is currently in Warri Delta state on invitation by a man of God talked about his former girlfriend, Nollywood actress Obot Etuk and how he dumped her when he discovered that she was a satanic agent sent to destroy him.

Yeah! Finally, Ernest. So, where are you right now?

Doing what in Warri?
I’m just here because the man of God, Prophet Jeremiah Ososuyin sent for me because of a report online that I have become a beggar.

Are you a beggar?
I’m not a beggar, my brother. As a matter of fact, I just bought a new car.

Whaaooh! Congrats. What type of car did you launch?
Okay, I just launched an Acura Legend.

When exactly did you buy it?
I bought that car like 2 weeks before Prophet called me.

Some people have been insinuating that your current travails started because you dumped your former lover, Obot Etuk and treated her badly. In fact, they still say that once you appease her, everything will be okay. Do you agree with that and have you also heard that?

Yes, I’ve heard that. But the truth about that is that Obot came into my life to destroy me…

Haba! Why will she want to do that? Both of you were good lovers then…
Ah! I don’t know, my brother. But I’m carrying the light of God…

They said you broke her heart and she cursed you; that, that is the genesis of your crisis…
(Laughs) – My brother, I did not break her heart. The truth is that when I broke up with her, I packed all the things she ever bought for me and I dropped them in her house because I didn’t want to have anything to do with her again, because I’ve given my life to Christ.

When you dropped all those things what happened?
I dropped everything in her house (in Festac Town, Lagos), she was not around and I took a bus to my house in Yaba. I have my family house in Yaba…

She didn’t get in touch with you?
She was begging me o! But I told her I was tired; that I didn’t want to continue living that sinful life again…

Have you gone to pacify her since walking away from her that way?
Pacify? Why should I pacify her? People have been telling me to do that, but I told them I can never do that. Where I come from is a royal family and we don’t pacify women. How can I pacify someone I’ve not done anything to? I did not do her any wrong. I’m the one that introduced Obot to Christ. I was the one that introduced her to Redeemed Christian Church of God…Before, she was going to Olumba Olumba…

But why would you date an older person in the first instance?
(Silence…Long silence…)

Your parents and your friends, are they not worried about your current state?
They are okay. My father is gone, but my mother is still alive…

So, what’s your mother saying?
My mother is just a gentle woman. What can she do? It’s my life, and na me go decide.