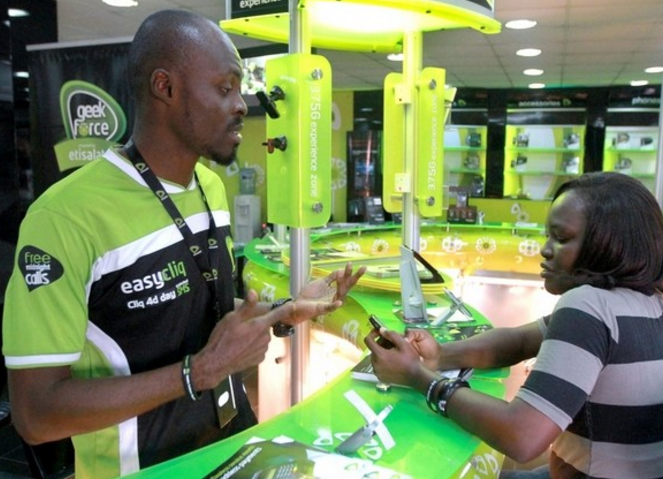 Etisalat Int’l has terminated its agreement with the company brand in Nigeria. The company’s CEO Hatem Dowidar said on Monday.

The termination is connected with Etisalat Nigeria’s indebtedness to a consortium of banks.

The firm has terminated its management agreement with its Nigerian subsidiary.

Last week, the Nigerian Communications Commission (NCC) and the Central Bank of Nigeria (CBN) intervened to save Etisalat Nigeria from collapse after talks with its bankers to renegotiate a $1.2 billion loan failed.

Etisalat, with a 45 percent stake in the Nigerian business, said last month that it had been ordered to transfer its shares to a loan trustee after the failed talks.

He said in an interview with Reuters that talks were ongoing with Etisalat Nigeria on technical support, adding that it could continue to use the brand for another three weeks before phasing it out.

“There’s a new board and we are not part of that company. We have sent our termination letter for the management agreement,” he told Reuters.

Etisalat Nigeria is the biggest foreign-owned victim of the foreign exchange (forex) caused by lower oil prices and recession.

The telco took a $1.2 billion loan with 13 local lenders in 2013 to refinance an existing loan and fund expansion, but struggling to repay four years later.

Dowidar said Etisalat International had written down the value of the telco on its books, adding that transferring its 45 per cent stake to the lenders after loan renegotiation talks failed had no impact on the group.

Asked whether Etisalat would consider entering Nigeria again, Dowidar said: “The train has left the station on that one. Being in that market as an investor … are we willing to risk more money compared to the reward for the long-term?”

The CEO said Etisalat had been unsuccessful at converting some of its dollar debt to the Nigerian currency. He also said the group might exit or merge with a local rival in markets where it was not one of the top two players. He did not specify which markets.

Continue Reading
You may also like...
Related Topics:bankrupt, etisalat

How Iretiola Broke Patrick Doyle’s Heart, Betrayed & Dumped Him Due To Pressure From Friends
Nollywood Comedy Movie About Donald Trump “Gone To America” In Production By Pascal Atuma