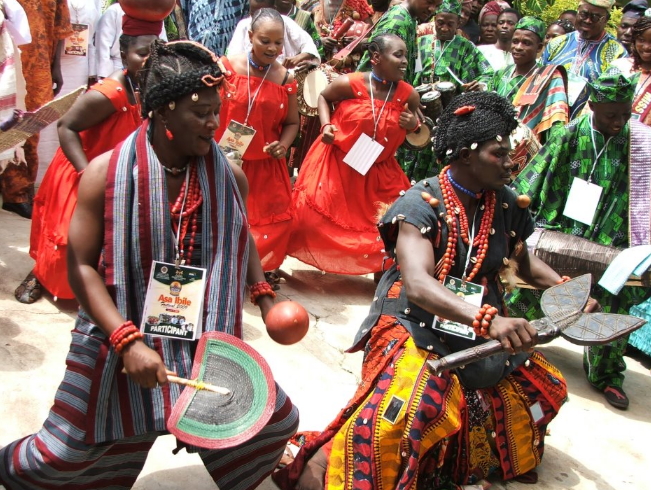 September 16, 2016 – Evil Spirits, The Nigerian Belief System And The Rule of Law, An Article By Isaac Aluko Ademoroti

Nowadays, even children are aware of the existence of the supernatural realm. There is indeed more to the physical world than meets the eye. Frighteningly, it is not unusual to find young people queuing up to join cults, secret societies and other esoteric groups.

This shows that it is not just adults who know what is going on in our world. Most people have realised that in order to be relevant or be able to wield some sort of influence in the physical world you need to have access to the supernatural world. This brings us to the issue of evil spirits who are supposed to power the so-called supernatural world. It is now fairly common knowledge that billions of evil spirits, beings without physical bodies, live on earth as we humans do. It has been estimated that humans are outnumbered 1000 to 1 by these spirits. However, the last thing the spirits would want you to know is that they exist. Some ‘educated’ people actually believe that they do not exist.

You do not need to be told about the mission of evil spirits. As foot soldiers of Satan, these spirits are out to tempt people to steal, to kill and to destroy. Most, if not all, accidents, armed robberies, disasters, wars, crimes and killings that we hear of, or read about are directly perpetrated by these fiendish spirits who have taken abode in humans. Referring to these bellicose spirits, Paul, a prominent bible writer, refers to them as principalities, powers, rulers of darkness of this age and spiritual hosts of wickedness in the heavenly places. 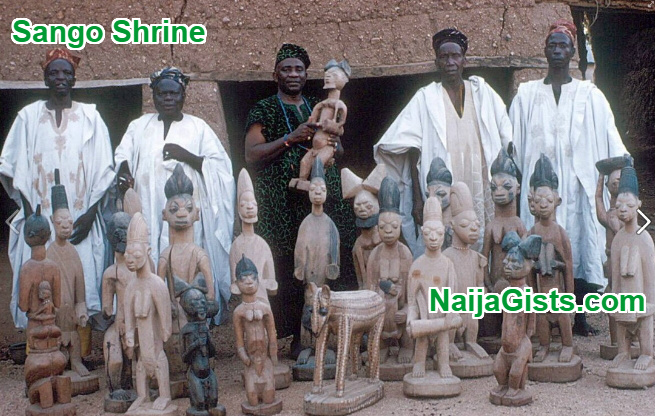 Although evil spirits have won the legal right to operate freely on earth and dabble in human affairs as a result of the fall of man, they are often hampered by their lack of physical bodies. As they need physical bodies to operate effectively on earth, they find unwitting and sometimes willing allies in humans whose minds and bodies they use to perpetrate their evils. Therefore you should not be surprised by the murderous activities of cultists in our cities, colleges and universities. You should no longer be shocked when you hear of the exploits of kidnappers who kill people for money rituals. You must also understand what is happening when you read about our military officers and politicians stealing our common patrimony so that they can fund their hedonistic lifestyles. Knowingly or unknowingly, most of these people are controlled by these nefarious spirits. Evil spirits operate more freely through people in lawless societies where they create.

You must have noticed that the kind of madness we referred to above where people empty the nation’s resources into their personal coffers, where people disappear without trace and where unexplained deaths happen are daily occurrences in certain places.

These things have become commonplace in Africa, Asia and the Banana Republics of South America where voodoo is still practised. One thing that is common to all these places is the absence of the rule of law.

Sadly, this is despite the countries in these continents having parliaments, police forces and executors of the law in place. The main difference between what happens in the places mentioned above and what takes place in advanced societies is the rule of law.

What I’m saying is that there is no difference between a man or a woman who lives in London or New York and his/her counterpart who walks the streets of Abuja, Lagos, Enugu and Ibadan. The one who lives in London or New York generally fears the law and is at his/her best behaviour. The one who lives in Ibadan, Enugu or Abuja knows that, in most cases, he or she can get away with anything either by bribing their way out or by pulling rank. The one who lives in London is less likely to commit a crime because he/she knows that he/she may not be able to get away with it. I’m not saying that there are no evils or crimes in advanced societies, what I’m saying is that the scale of evil in advanced societies is considerably smaller compared to what happens in our societies in Africa.

This again confirms that in most situations, evil spirits cannot force or compel people to do their bidding. They move in and operate wherever they are allowed. Therefore, societies that are ruled by fear, that is, the fear of the law are more likely to witness fewer crimes, for instance, fewer killings than a society where anything goes. Most Nigerians suffer and live in fear, not because the country lacks resources, it is easily because of the absence of the rule of law.

Hence, my argument is that those who make the laws in Nigeria, those who are tasked with executing the laws and those who are mandated to enforce these laws hold the future of the country.

5 thoughts on “Evil Spirits, The Nigerian Culture And The Rule of Law, An Article By Isaac Aluko Ademoroti”