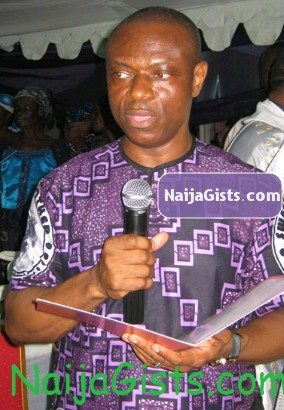 Atuche allegedly paid the money from an account of PHB Mortgage Limited.

Ogunsola told the court that Atuche sent the money to the two churches in Delta State because he hails from the state.

He said that Claremount Nigeria Limited had a call account with his bank and the account was owned by Atuche.

He explained that the only document on the call account’s file was a reference letter which bears Atuche’s name. The document was admitted as exhibit.

In addition, various transactions carried out by Atuche in his statements of account with Claremount Nigeria Limited and Claremount Asset Management Limited were read. Atuche had denied having anything to do with the two companies.

The EFCC counsel also led in evidence, Mr Andy Uzomor, another staff of PHB Mortgage Limited, who presented a 39-page document before the court as exhibit.

The presentation of the document was opposed by lead defence counsel, Anthony Idigbe, who claimed that some of the documents had to do with a N20 million transaction between his law chambers and Atuche.

Idigbe urged the court not to admit the particular section as it will deny Atuche a right to a counsel of his choice.

According to him, if the document was admitted either himself or his client will have to go into the witness box, which might force his chamber out of the case.

But Pinheiro insisted that Idigbe’s objections lacked substance in law.

According to him, some of the documents pertained to an account that Atuche had disowned. Besides, he referred to Section 38, sub-section 1 of the EFCC Establishment Act which grants the EFCC power to seek and receive information from anybody.

After listening to all their submissions, Justice Okunnu admitted the documents as exhibits and adjourned the case till 4 October, 2012.(P.M)