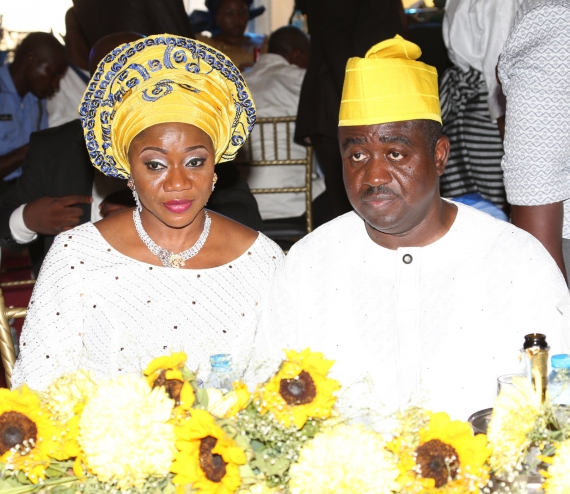 The former governor of Benue state, Gabriel Suswam who is currently on vacation in the United Kingdom has been arrested by British Police.

According to whispering birds, Mr Suswam was arrested last week after his wife Yemisi put a distress call to police following an argument over his mistress Shidoo that turned into a physical assault.

Mr Suswam reportedly kicked and punched Yemisi and inflicted injuries on her.

He was arrested and held by Metropolitan Police Domestic Violence Officers for several hours. He was later released on £5000 bail bond.

British Police have advised the ex-First Lady to file battery charges against the hot tempered politician.

Yemisi reportedly told the police officials that the assault started over a secret love child the governor has with his mistress, a socialite simply identified as Shidoo who currently works at NAFDAC.

If the First Lady files battery charges against him, he will likely spend close to 6 months in jail.