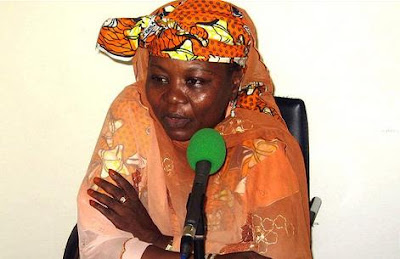 Another victim a journalist

2 prominent Ni­gerians were yesterday confirmed to be among several others who lost their lives in last Thursday’s stam­pede in Mina, near Makkah, while the pilgrims were on their way to Jamarat to per­form the symbolic stoning of the devil. 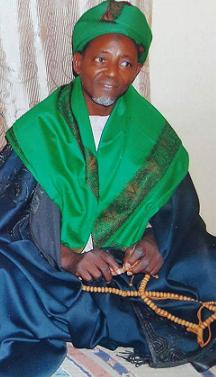 Another victim, an Islamic scholar

Jega, who is a member of the Kebbi State’s delegation to this year’s hajj, is a brother to the immediate past chairman of the Independent National Electoral Commission, INEC, Professor Attahiru Jega. His death was confirmed to Sun­day Sun by a close family friend, yesterday evening.

The late Sambo, on the other hand, is the leader of the Taraba State delegation to this year’s hajj, and he was said to have died alongside eight oth­er members of his immediate family, including two wives.

However, none of the deaths of the prominent Ni­gerians involved in the stam­pede, including those of late Hajia Bilikisu Yusuf and Prof Tijjani El-Miskin, were con­firmed officially by the Na­tional Hajj Commission of Nigeria (NAHCON).

Meanwhile, no fewer than 105 pilgrims from Nigeria have been declared missing.

The 105 pilgrims who could not be accounted for are 100 from Sokoto, and five from Gombe states alone. But from the figure, nine have been confirmed dead from So­koto State, Sunday Sun, fur­ther gathered.

The figure was further con­firmed by the spokesperson of the Sokoto State Governor, Imam Imam, who was not part of the state’s delegation, but had to issue a statement from Nigeria, when it became ap­parent that NAHCON was not forthcoming with any piece of information.

The statement from Imam Imam reads: “Sokoto State Government wishes to an­nounce that nine (9) of its pilgrims have so far been con­firmed dead in the stampede that occurred on Eid Day in Muna, Saudi Arabia.

“Government officials, led by the state Amirul Hajj and Leader of Delegation, His Excellency, the Deputy Gov­ernor, Alhaji Ahmad Aliyu, have been working round the clock to identify many of the pilgrims who suffered various degrees of injuries and are re­ceiving treatments in different hospitals in the Kingdom of Saudi Arabia.

“At this moment of grief and sober reflection, the state government urges all citizens to remain calm and intensify prayers as we await further confirmation from authorities concerned. Further statement will be made as more infor­mation becomes available,” he added, just as he prayed that God blesses the souls of those who died and heal those injured.

Gombe State Pilgrims Welfare Board has officially declared five of its pilgrims missing.

According to Alhaji Usman Gurama, executive secretary of the board, the five pilgrims had not been seen since last Thursday, when the stampede occurred.

Sunday Sun, however, gath­ered that some pilgrims were initially declared missing last Thursday night, with their friends and family members already mourning, thinking they had died, only for such pilgrims to resurface in their tents by late Friday night.

Also, a university lecturer from Sokoto, Prof Abubakar Yagna was initially thought to have died with his twowives, but they returned to their tent in Muna yesterday hale and hearty.

It was, however, gathered that a missioner of Ansar-Ud- Ddeen Society from Lagos, simply identified as Abdu­lAzeez died in the stampede.

The number of deaths so far reported by Sunday Sun and our sister publications were ei­ther confirmed by close family friends or state officials who would not want to be quot­ed, since NAHCON, is yet to officially release any figure.

Meanwhile, NAHCON’s continued silence over the fig­ure of casualties from Nigeria is already generating panic and anxiety, with some ad hoc staff chastising the officials of the commission, for “hoarding information.”

“I think NAHCON has not in any way helped matters by refusing to release information to Nigerians.Some are getting to hear the death of their loved ones on the social media. This is not good enough. If you don’t have a complete picture of what has transpired, why don’t you give interim report? This idea of saying they are still carrying out a head count, more than 72 hours af­ter the unfortunate incident is not good for the image of the country. It is causing unneces­sary anxiety and tension.

“As I speak to you, I un­derstand the death toll from Nigeria is more than 80. In one local government alone in (one of the states in the North-west,) about 40 of them were said to have died. In fact, I understand only three pilgrims are left of that local govern­ment, “ one of the pilgrims’ as­sistants, who does not want the name in print told Sunday Sun. 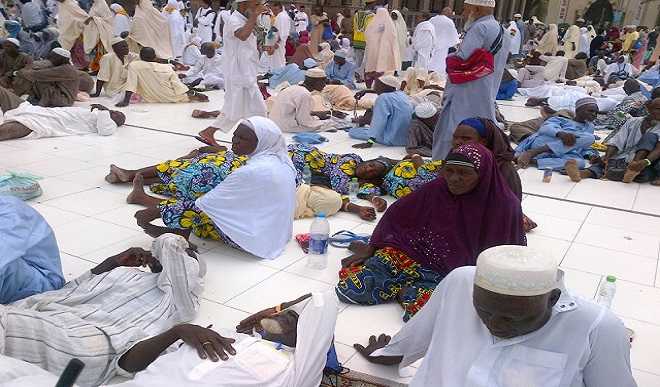 As at the time of filing this report, NAHCON is yet to is­sue any statement on Nigerian pilgrims’ death toll, though it was said to be meeting in Makkah over the issue by Sat­urday evening.

The commission had con­tinued to tell journalists since last Thursday when the inci­dent happened that it was still carrying out a head count and going round the hospitals, in­sisting that it was only after then that it could confirm the number of deaths from the country.

Contrary to the figure re­leased vide the Iranian-owned television, the Press TV, Sau­di Arabian Health Minister, Khalid Al-Falih yesterday said the number of pilgrims who died in the stampede has risen to 769, from the initial 717.

The figure provided by the Saudi Arabia authority is in sharp contrast to the figure of over 2000, broadcast by the Press TV last Friday.

According to the report monitored on Arab News web­site yesterday, Al-Falih dis­closed also that the number of those injured, had risen from about 800 to 934 and that most of the victims were still con­fined to their hospital beds.