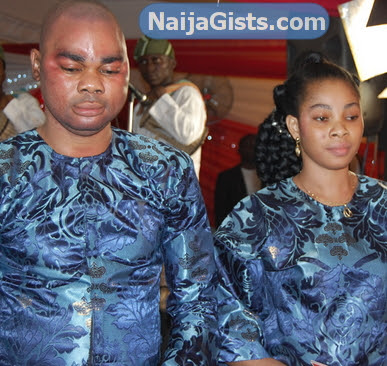 August 29, 2013 – Nigerian Blogger Linda Ikeji Allegedly Falsified Ajanaku’s Fleet Of Cars “These Are Not Our Pastor’s”

In the early hours of today, a controversial Nigerian blogger identified as Linda Ikeji alleged shared some fake photos of late Prophet Ajanaku‘s fleet of cars to satisfy her curious readers.

An insider at the late Pastors church who identified herself as Ngozi (last name withheld by request) claims the photos the bloggers shared with her readers are the fake ones.

“These are not our pastor’s Linda, I wrote you today and you ignored my message. why r u choosing to tarnish the image of the dead? I have been to his house on several occasions and am yet to come across such in his house. where did u find ur own? pls I need an answer – Ngozi said in an email she sent to naijagists.com this afternoon.

Though late Prophet Ajanaku told city people magazine he loves expensive cars, we can authoritatively confirm that the above photos are not his own.