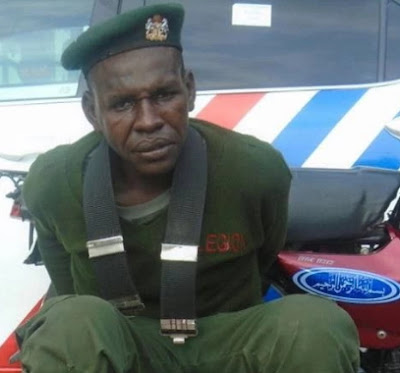 Police officials attached to the Rapid Response Squad (RRS), Ikeja, Lagos, have arrested a fake policeman for robbing four victims of their motorcycles.

The 48-year-old suspect, Umam Hrmid, said to be a legionnaire, was arrested after he attempted to rob Amin Al-Hassan of his motorcycle at Agege, Lagos State.

After Hrmid was arrested, three other riders came to RRS office to identify him as the ‘policeman,’ who impounded and disappeared with their motorcycles. 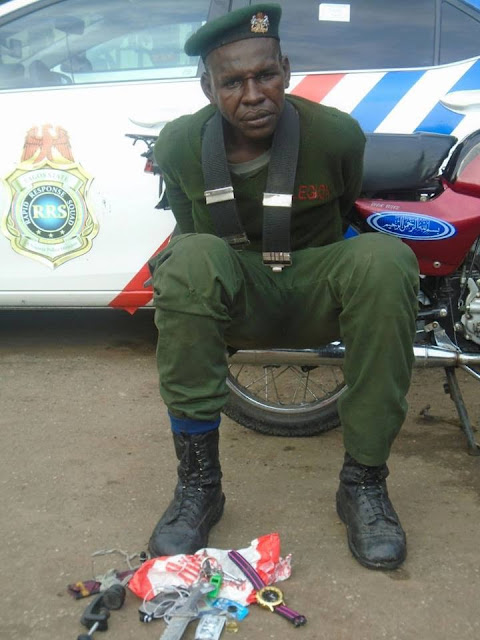 The police said that Hrmid used to pose as a policeman, attached to the Lagos State Task Force on Special Offences, in order to rob motorcycle riders. Hrmid, of Nigerian Legion, Lagos State Command, was arrested on Friday about 10:30p.m. Investigators discovered that the suspect usually works with an accomplice, identified as Tijani Bashir, now at large.

“The suspect accosted his victim, Al-Hassan, at Total Filling Station, Agege and told him that he was a policeman attached to the Lagos State Task Force on Special Offences.

He told his victim that he was impounding his motorcycle for plying restricted area and for operating at prohibited hour. Al-Hassan began to plead for negotiation.

Recounting his experience with the fake policeman, Al-Hassan said:

“When he refused to accept the N5,000, he mounted the motorcycle and rode it towards Iyana- Ipaja. I begged him but he told me to get down from the bike. Before he rode off, I had already sat behind him, while his partner rode the bike.

He rode through Agbotikuyo, Agege. At Mulero, I forced the bike to a stop by removing the key from the ignition. While we were arguing, two passers-by joined us. They requested for his identity card when he told them that he was a policeman with the Lagos State Task Force.”

The suspect attempted to flash the ID card, but one of the passers-by grabbed it and started running. 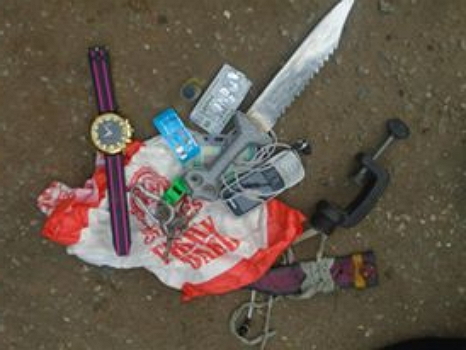 Hrmid pulled out a dagger and chased him. The passer-by ran towards RRS operatives, who were on patrol. The ID card was discovered to be fake.