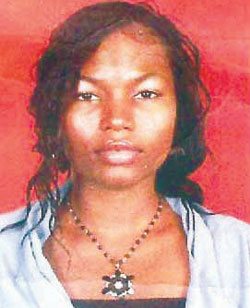 Further investigation revealed that she allegedly the forged NYSC posting letter, identity card, and statement of results of Madonna University, Okija, Anambra State and presented them to Etisalat Communication Company at Banana Estate on the island, that she was posted to serve there.

Police sources further revealed that when the company discovered that all the documents she presented were forged, she was taken to NYSC office in Surulere and handed over to the police.

In her confessional statement to the police, she stated that she procured the posting letter through Wasiu, with the sum of N150,000 and that Wasiu also took her to Kubwa camp of NYSC in Abuja, where she went through training for three months.

She has since been charged to Magistrate’s Court 1 Surulere where she pleaded guilty and was granted bail in the sum of N100,000 with two sureties in like sum and who must own houses in Festac Town, Lagos.

When she could not meet the bail conditions, she was taken to prison while the case was adjourned till 23 March for further hearing.