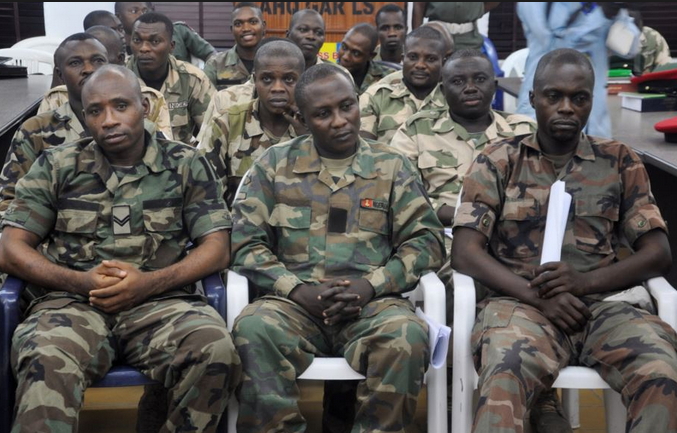 Lagos lawyer, Femi Falana (SAN), has urged President Muhammadu Buhari to review the cases of officers and soldiers convicted by military tribunals in relation to the fight against Boko Haram.

In a statement issued in Lagos on Friday, Falana said this has become necessary since the immediate past Chief of Defence staff, Air Marshal Alex Badeh, has admitted that the armed forces he led lacked the equipment to prosecute the war on terror.

The rights activist remarked that it was gratifying that the Buhari administration and the Chief of Army Staff have decided to reinstate 3,032 dismissed soldiers.
“However, we urge the Federal Government to extend the commendable gesture to several officers and soldiers who are currently standing trial.

“The trial should be terminated while the courts-martial are dissolved forthwith. In the same vein, the cases of those who have been convicted ought to be reviewed with a view to pardoning them in the interest of justice and fair play,” Falana stated.

He recalled that the immediate past military authorities put several soldiers on trial for demanding for equipment to prosecute the war on terror and that 70 of the soldiers were convicted and sentenced to death while scores were jailed by courts – martial.

He argued that since the demand of the soldiers was legitimate, the military hierarchy could not justify the spurious sentences.