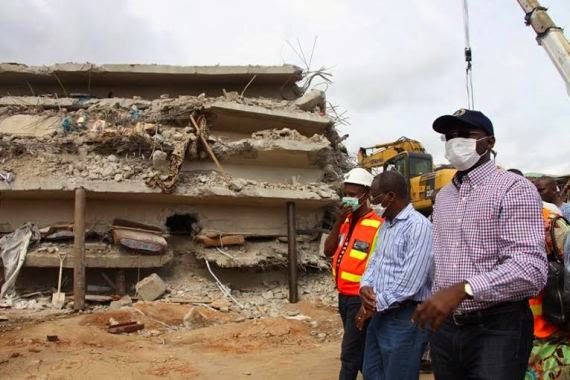 The governor of Lagos state on Sunday visited the site of a building that collapsed at TB Joshua’s Synagogue Church Of All Nations In Ikotun area of Lagos with officials from NEMA (Nigerian Emergency Management Authority) to see the extent of the damage done to the building.

Mr Toyin Ayinde, Lagos Physical Planning Commissioner condemns the construction company and engineers who built the collapsed building. Toyin Ayinde said no permit was given to them to build such a structure there.
He challenged the Church Engineers to hand over any the permit they were given to build the structure.

NEMA officials say they were only able to remove 42 dead bodies from the rubble of the building while several dead bodies are still believed to be trapped under the building.

A source says close to 70 people are still unaccounted for. 130 were rescued alive. 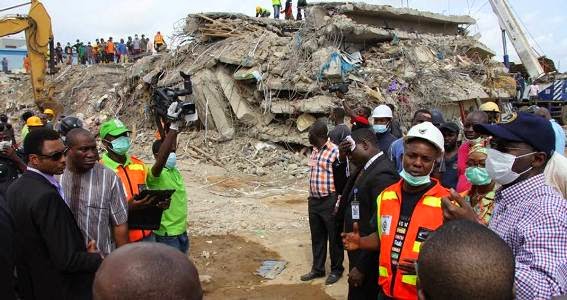 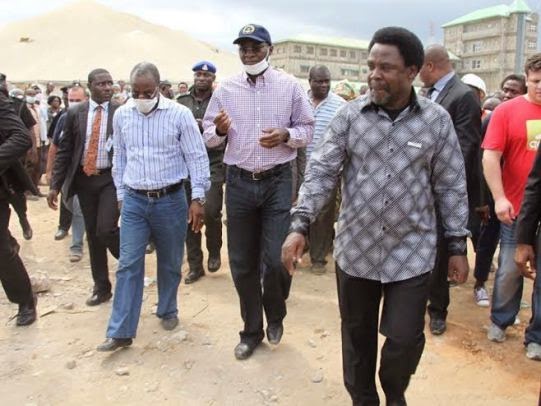 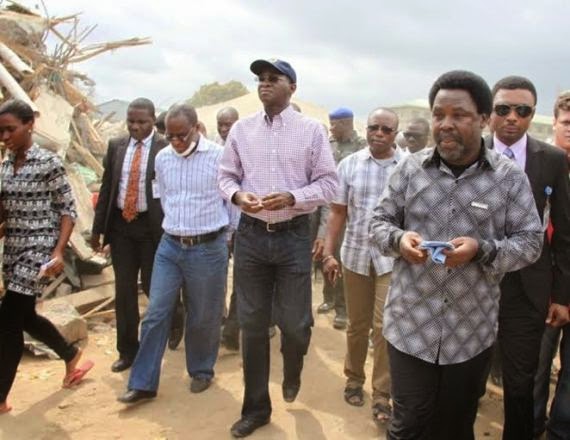 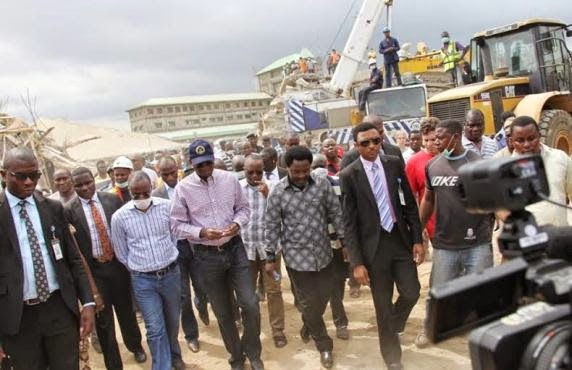