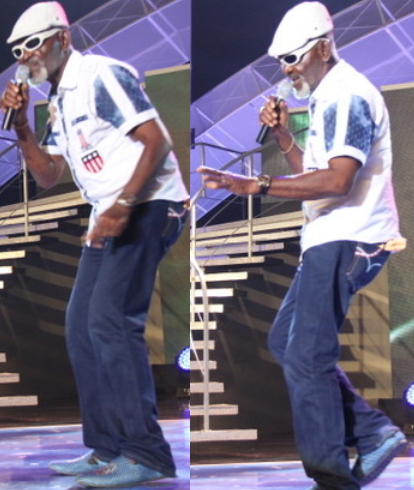 A legend of the music industry, performer extra-ordinare Pa Rolling Dollar will be missed. Re-live moments of his last TV performance at the Nigerian Idol semi-final show where he lit the stage with his usual energetic style:

His last performance which was the 14th of March, 2013 was on Nigerian Idol Season 3 stage, where he performed one of his all time classic’s ‘Won Kere si Number Wa’. He was later joined on stage by a group of contestants. After his performance, Fatai Rolling Dollar said, “I love what the young artistes are doing. They have a good message for the young crowd out there, and I absolutely love it.” His memories and kind words will forever remain in our hearts. He is survived by three wives and 16 children.