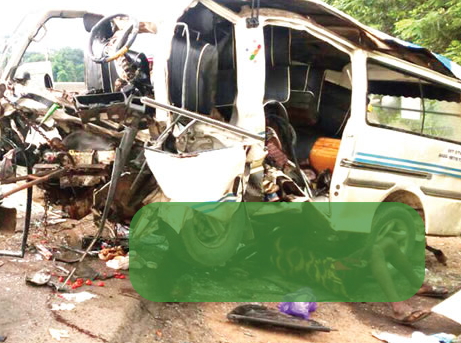 At least 5 people died yesterday in a fatal head-on collision at the Ogunmakin area of Lagos Ibadan Expressway.

The fatal crash which happened around 4pm was caused by a bus driver heading to Ibadan on top speed.

He attempted to overtake a Mitsubishi wagon at an intersection where construction works were being done when he collided with a car heading to Lagos.

The drivers of the two vehicles and 3 passengers in the bus died on the spot while 15 others were severely injured.