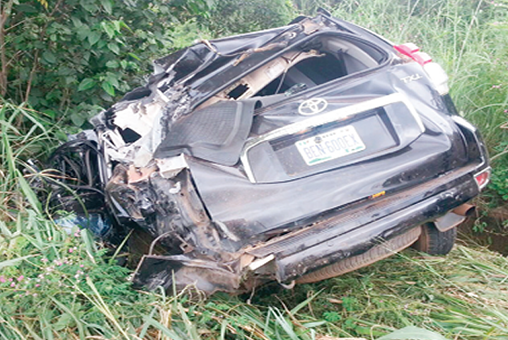 At least 3 people reportedly died in a multiple road accident that occured along Ilesha-Akure highway Friday.

Informed sources added that, as sympathisers at the scene were trying to help victims in the accident, “a luxurious bus marked Anambra HTE730 XA belonging to Ezewanta Co which was on a high speed ignored all warning signals at the scene of the accident, lost control and somersaulted in the same spot.”

Also speaking on the incident, A police Officer who preffered anonymity explained that “as efforts was on to clear the obstruction at the scene, one Man Diesel truck with Lagos XB 231 JJJ lost control and rammed into a military truck with registration number NA 355 B02.”