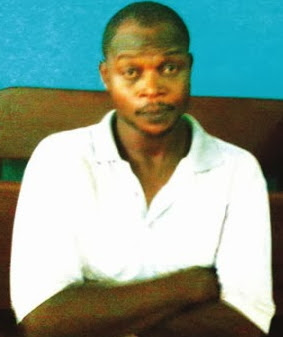 A very sick man accused of sexually violating his own flesh and blood has been sent to his final place of abode Kirikiri maximum prisons in Apapa.

43-year-old Idris Abu was accused of sleeping with his 2-year-old daughter at their residence in Agege area of Lagos on the 29th of July 2016.

His wife told police he always inserted one of his fingers into his baby’s private part, ignoring her cries.

“The baby used to cry in the middle of the night; whenever the mother rushed to the room she caught her husband naked with their daughter, with his manhood erected while he was dipping his finger in her vagina,’’ – said Police Prosecutor Sergeant Rachael Donny.

The pedophile was today remanded at the Kirikiri prisons.

The case has been adjourned till the 19th of October for sentencing and facts presentation.