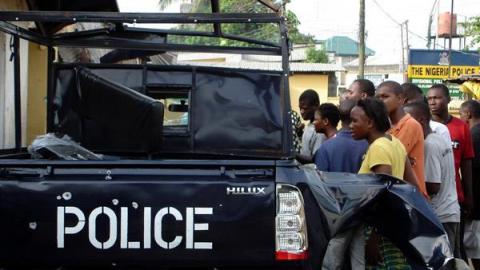 A young man is clinging to life at St Gerards General Hospital in Kakuri area of Kaduna after a failed suicide attempt.

The unidentified man, father of 5 was said to have fought his wife throughout last night, forcing her to leave the house located in Kawo area of Kaduna.

After his wife abandoned him and the children, the man allegedly used a kitchen knife to slaughter the four children between 6 to 1 year.

One of his children who was not in the house at the time, alerted the ward head of the area, when he found the door to the residence locked from inside on Wednesday afternoon.

When the neighbours and some policemen forced the door to the house open, the children were already dead while their father was still alive but in serious condition.

Kaduna Police Command has commenced investigation into the matter.