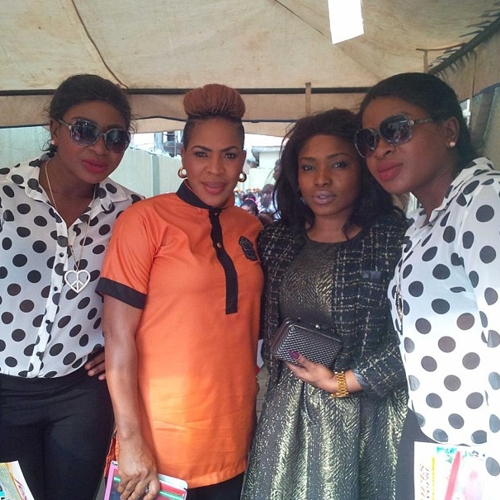 Fathia Balogun & Iyabo Ojo who engaged in a war of words at Toyin Aimakhu’s wedding last month appeared to have settled their rift.

The ex-wife of actor Saheed Balogun was spotted alongside Aneke Twins and actress Halima Abubakar at the opening of Iyabo Ojo‘s new beauty shop.

This proves that the Yemoja star is a mature woman.

Check out more photos from the event here.