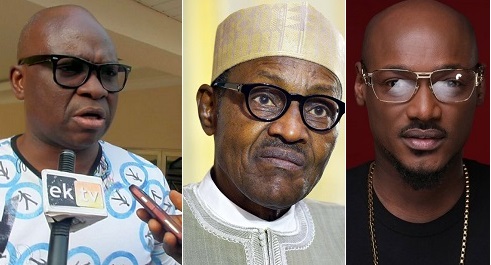 The Governor of Ekiti state has volunteered to come on board 2face Ibidia planned anti-government march scheduled to hold on Monday.

In a post on his Twitter handle shortly after 10:00 p.m., Mr. Fayose said the organisers have his full backing to launch the protest which they said will be “massive”.

“To organisers of Feb. 5 “Enough is Enough” National Protest, you have my total support and I will be part of the protest,” the governor said.

Mr. Fayose is the latest public figure to queue behind the organisers of the demonstration, which is expected to hold simultaneously in different cities across the country.

Mr. Idibia, while announcing the protest last week, said the Buhari administration’s rudderlessness has left too many Nigerians languishing in poverty with little to be hopeful for about the future.