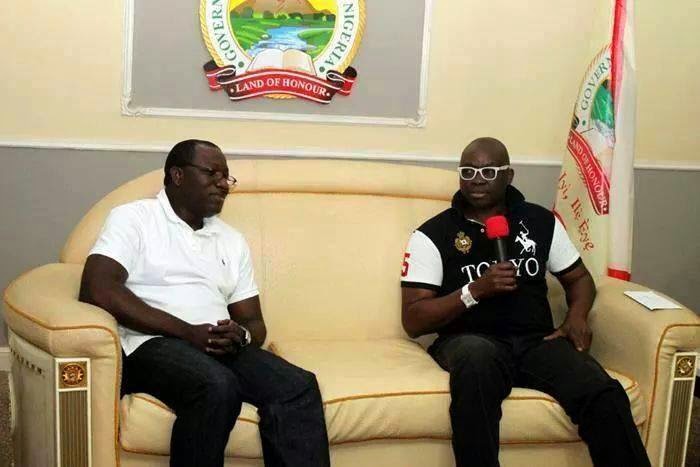 Oct 15, 2014 – Fayose Orders Ekiti People To Disobey Fayemi’s Curfew Order “Call Me If Anyone Arrest U”

The present Governor of Ekiti State Fayemi on Sept 26 orders a 7pm to 7am curfew to curb the activities of hoodlums supporting the incoming governor, Ayo Fayose after a series of violence that killed several people in the state.

Fayemi said that the curfew was necessitated by the widespread violence that greeted the murder of a former Chairman of the National Union of Road Transport Workers, Omolafe Aderiye, by gunmen.

Few hours to his inauguration, Fayose has called on the indigenes of Ekiti to go against Fayemi’s order because it will bring untold hardship on them.

Today Fayose said, “It is unfortunate that people have been put under needless pressure and I have discussed with the police and the army on the need to let people move around freely.”

“I have spoken with the security agencies on the need to allow people to move freely. As from today, I have released people to go about freely. There is no more curfew.

“No security agent will arrest you. Anyone who is harassed or arrested should call me.”

Fayose gave out a mobile line that people could call him on to secure their release if arrested.The governor, who promised to personally seek the release of anyone arrested by law enforcement agencies, also likened the alleged last-minute efforts by the All Progressives Congress and the Ekiti-11 to stop his October 16 inauguration to the last kick of a dying horse.

Hmmm Fayose has not changed this his trouble making habit but why would he order people to go against the present governor, why can’t he wait till his inauguration on Thursday.