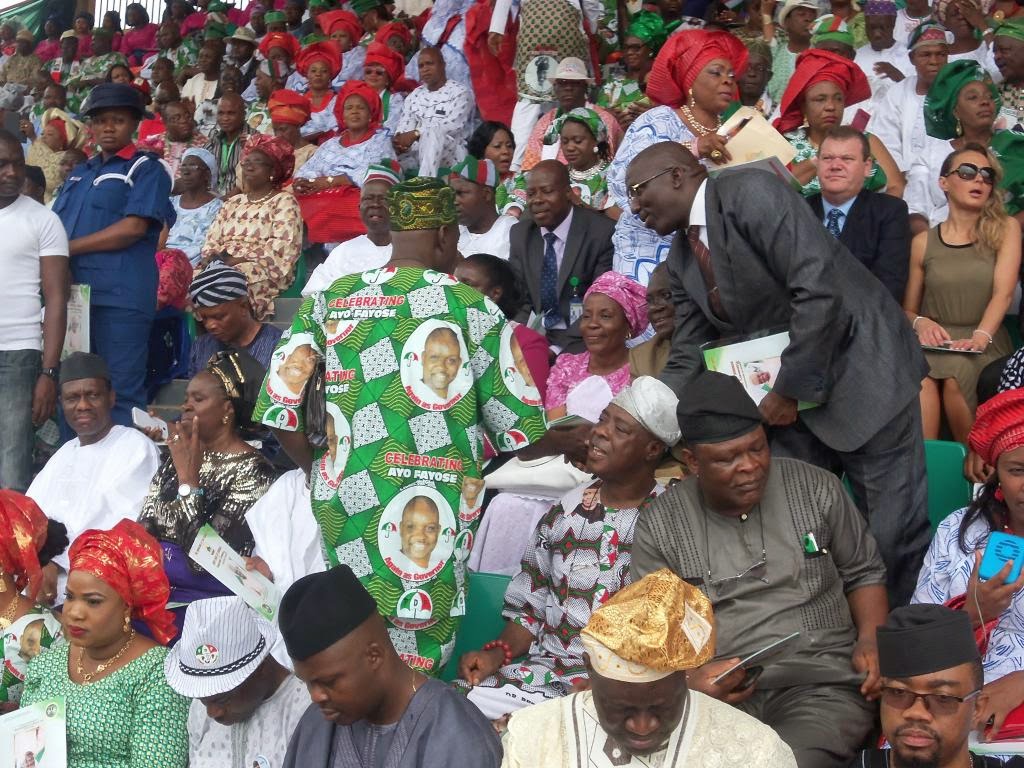 In an interview on NTA on Tuesday, the newly-sworn in governor of Ekiti state, Ayo Fayose invited all the pastors and prophets based in all the 16 Local Government Areas of the state to perform spiritual cleaning of the governor’s lodge.

Fayose said it is necessary to do this in order to prevent any unforeseen danger and destroy all the juju allegedly hidden by the immediate past governor Kayode Fayemi and his supporters.

“I am inviting all our men of God to follow us to Oke Ayobo, Government House on Thursday to do some spiritual cleansing there.

“They (clerics) would be in front, we shall follow them, our men of God would use the power of prayer to conquer.” – Fayose announced on NTA

During his inauguration ceremony today, the clerics went ahead to perform spiritual cleanings at the Governor’s lodge as directed.

See photos from his inauguration ceremony below: 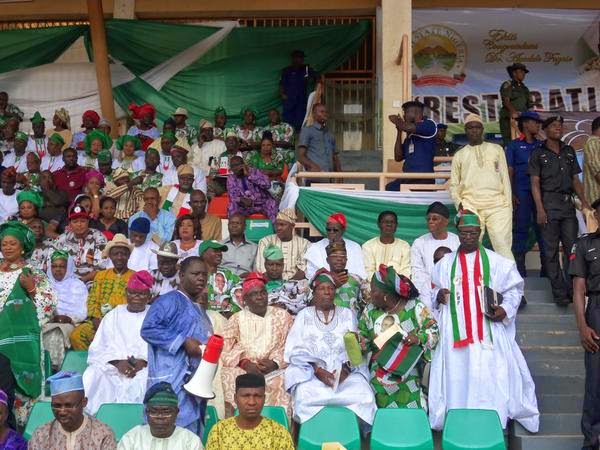 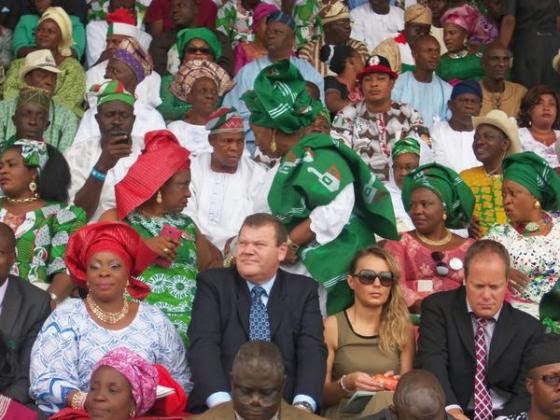 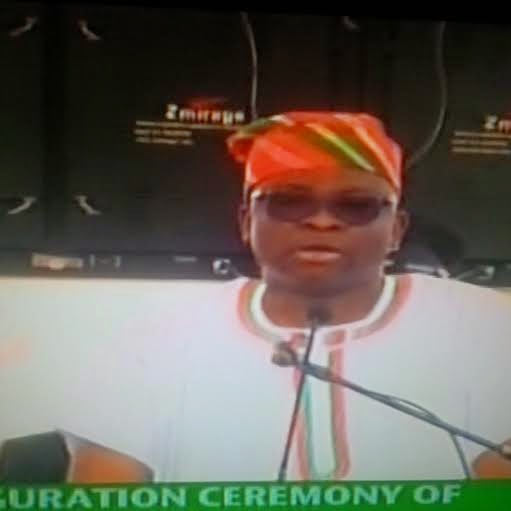 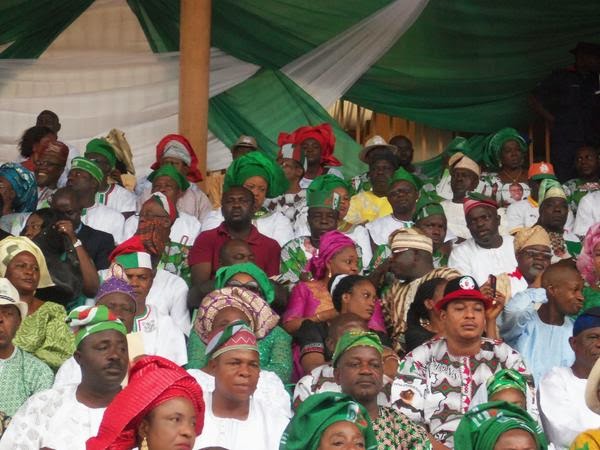 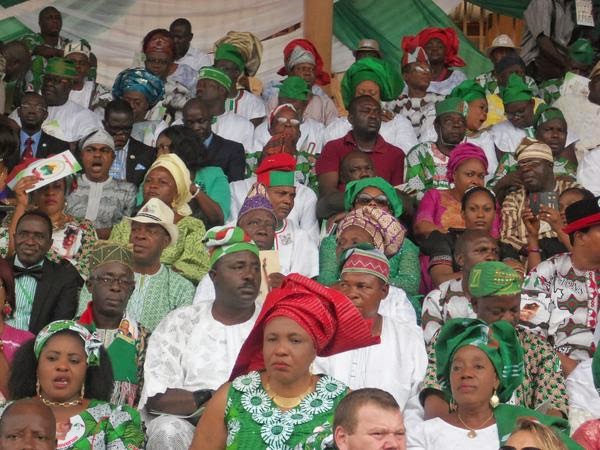 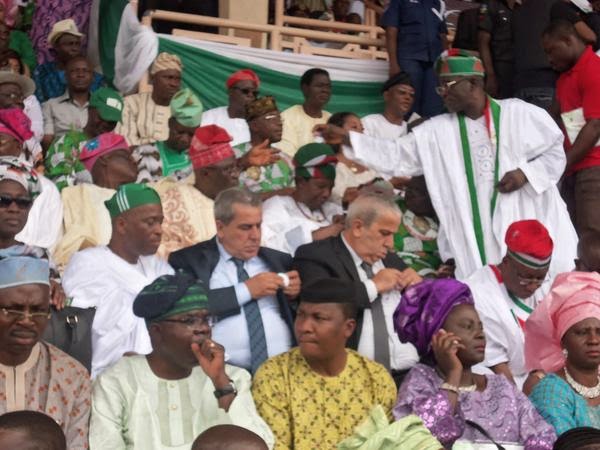 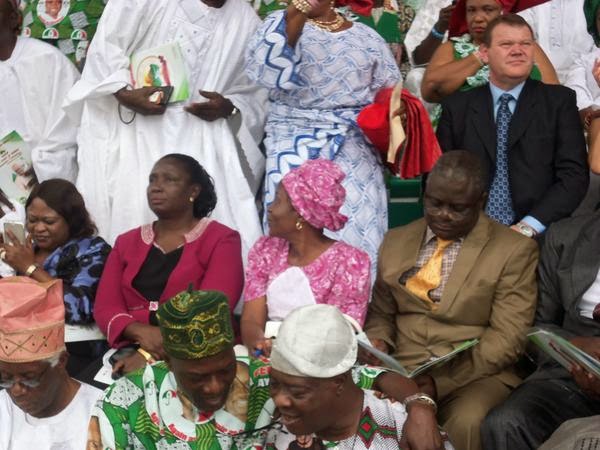 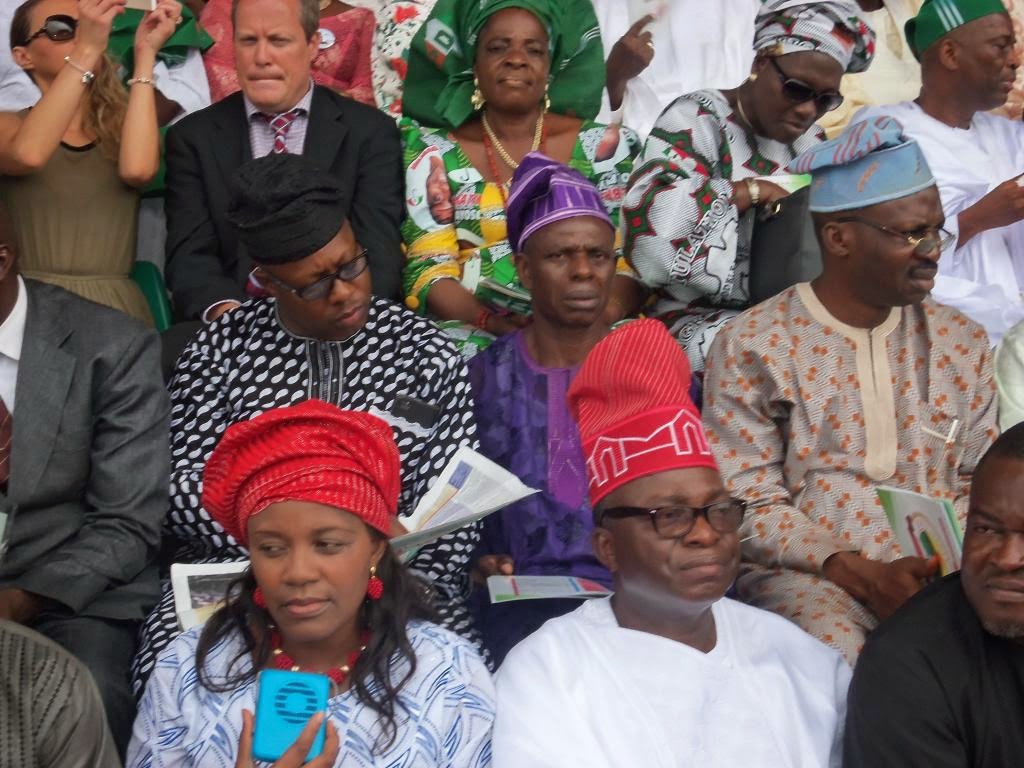 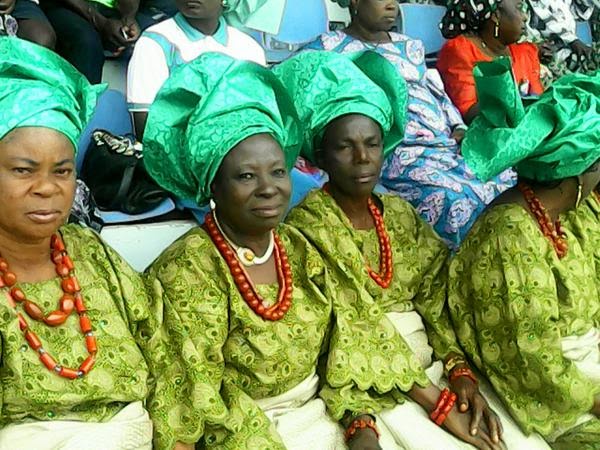 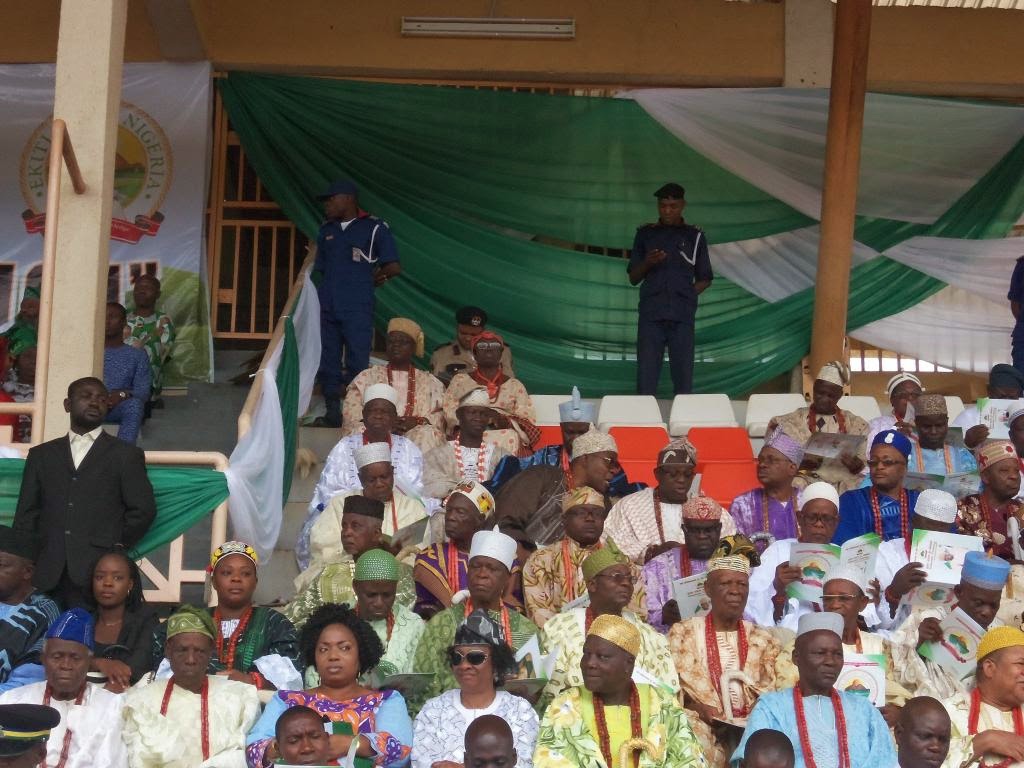 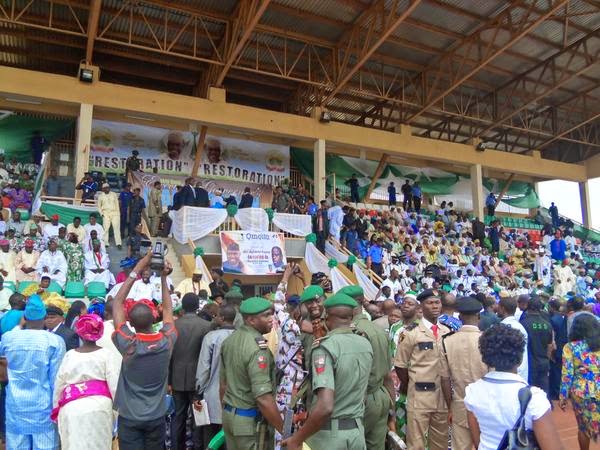 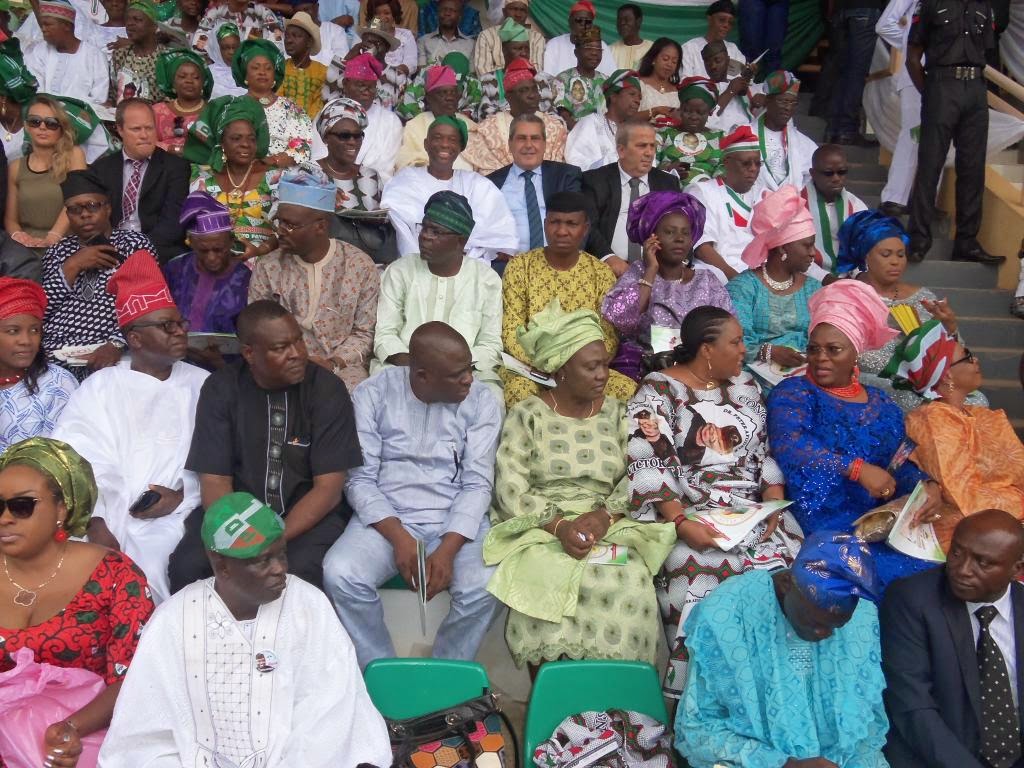 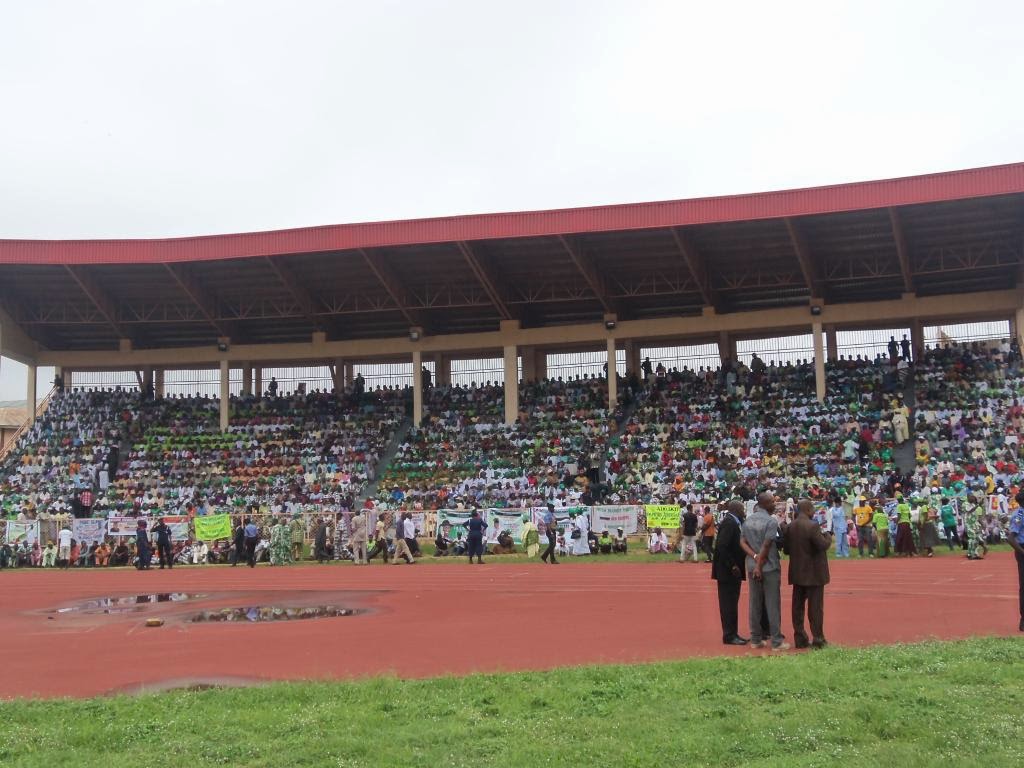 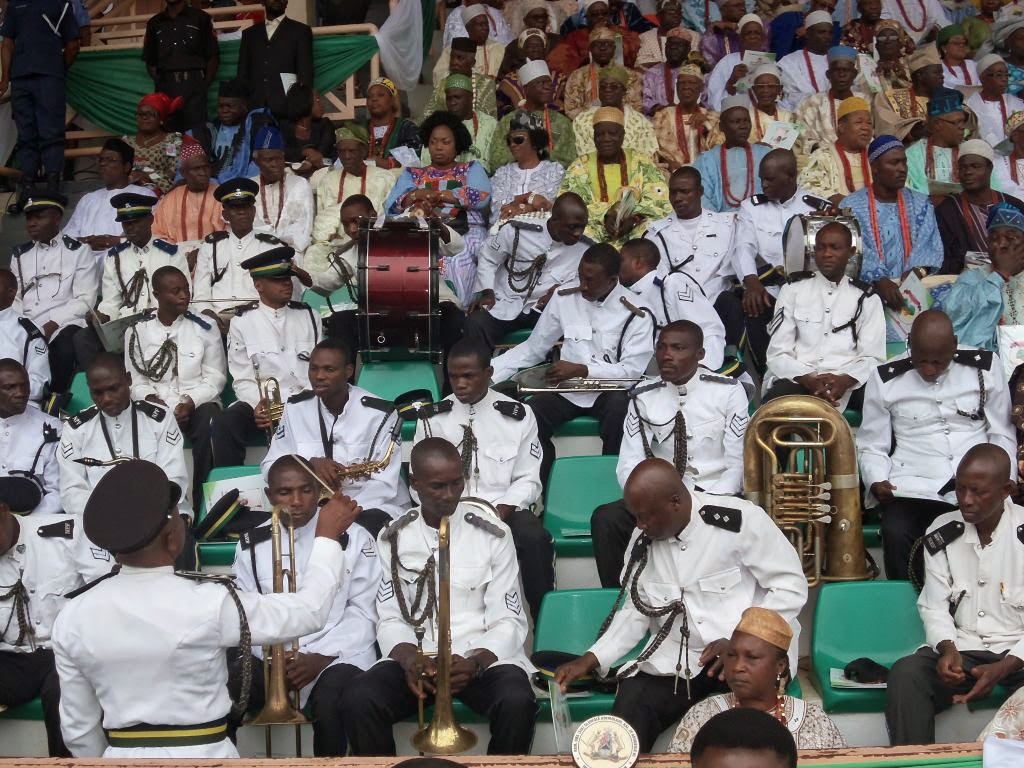 No complain, Ekiti people got what they asked for.