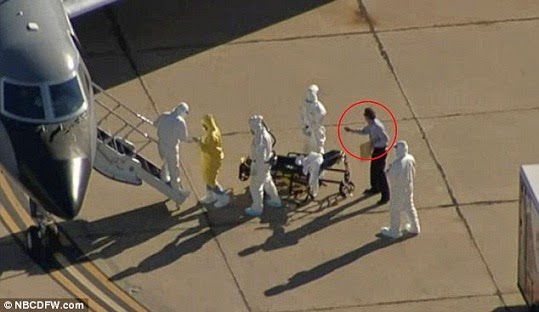 As earlier reported, 3 days after a Nurse contracted Ebola virus infection from Liberian man, Thomas Duncan in Dallas, another nurse who treated him has caught the virus.

The latest victim of Ebola virus disease in Texas is a black American nurse identified as Amber Vinson. Her infection was announced yesterday.

While efforts were being made to evacuate Vinson to Emory University hospital in Atlanta, a mystery man suddenly appeared from nowhere and stood next to her without Ebola protective gear.

The unidentified healthcare worker was spotted holding a clipboard and directing the transfer without any protective clothing.

The man later flew with Vinson and other infectious disease experts to Atlanta without any protection.

Local TV crews also spotted him with the stricken nurse as she disembarked at the airport in Georgia to be transferred to Emory University Hospital. 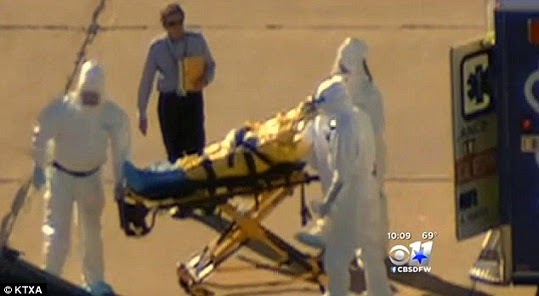 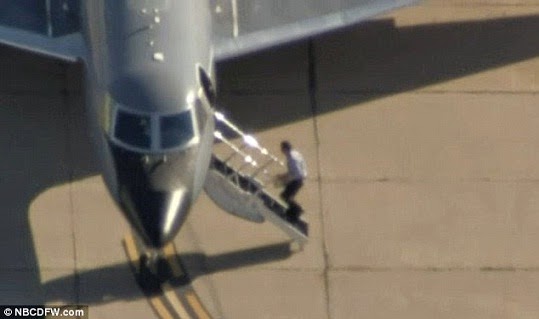 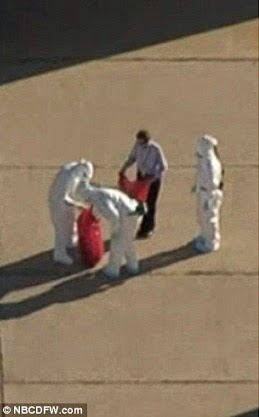 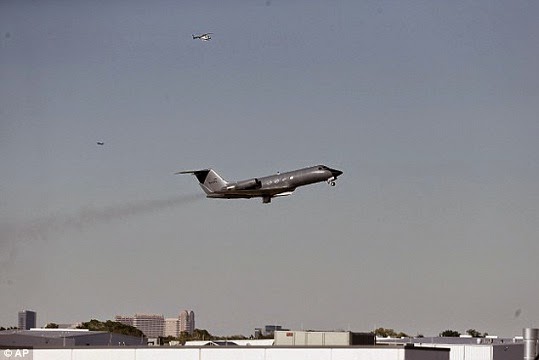 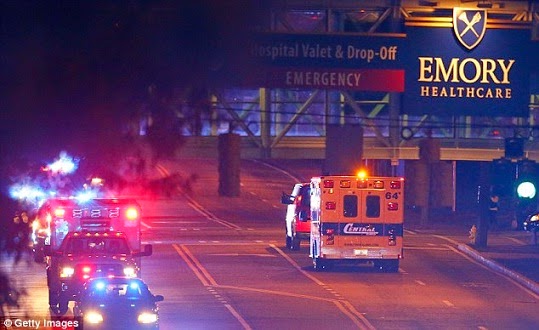 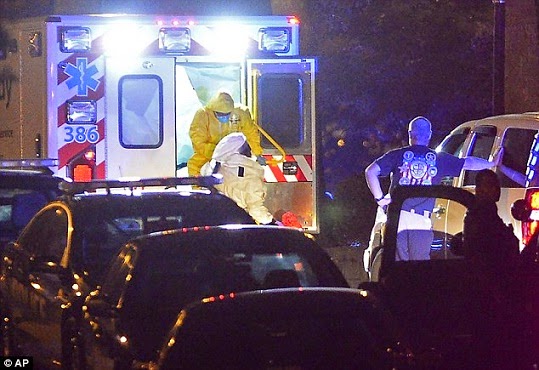 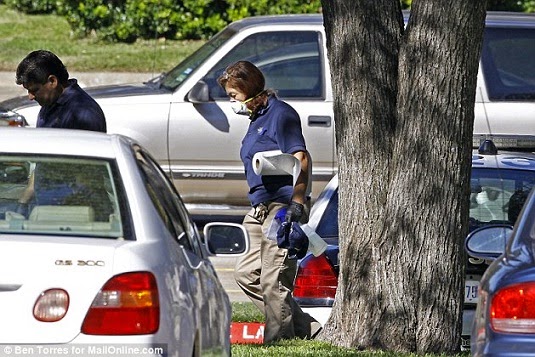 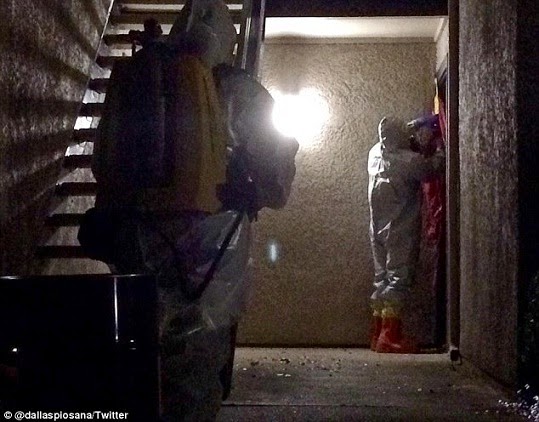 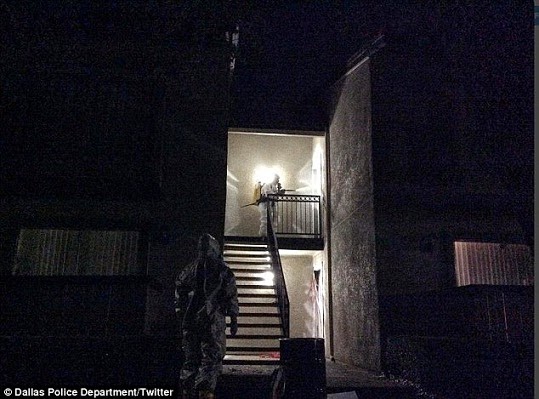 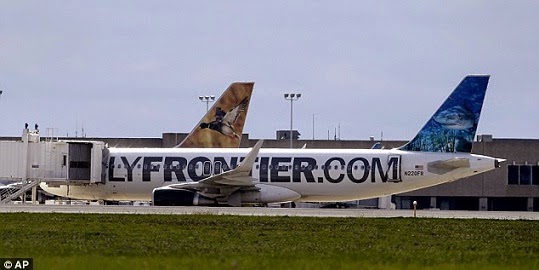 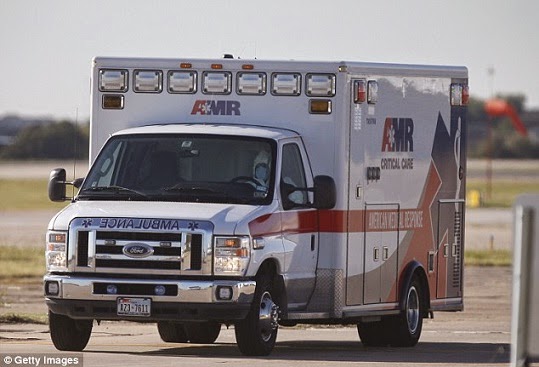 I hear there is tension in the atmosphere is Texas as many people have started to flee from the state for safety.

But someone should have at least tell this man to protect himself.