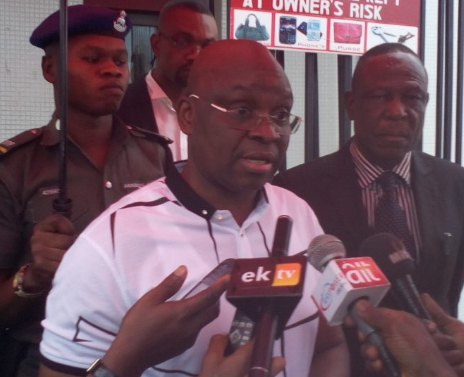 Few hours later, Fayose released an official statement to say that the agency has no right to interfere with his bank account because as a serving governor, he is entitled to enjoy immunity.

The agency alleged that Fayose’s account is being used to move funds and that immunity can’t prevent them from investigating suspicious movement of funds. 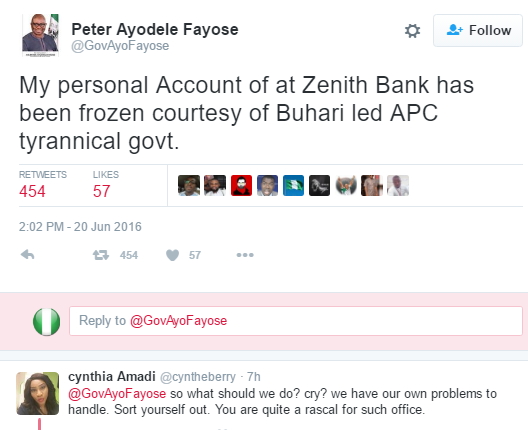 A source at the agency alleged that Fayose’s Zenith bank account transactions exposed the N1.2billion NSA fund he collected from Dasuki in 2014.