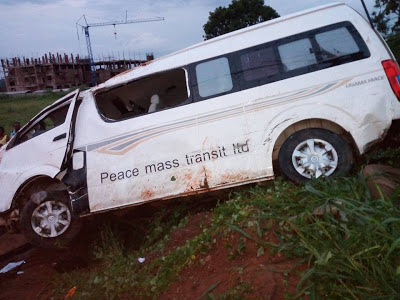 According to an eyewitness, one of the PMT buses suffered brake failure on airport road in Emene area of Enugu state yesterday. The driver was trying to prevent Head-on collision with another vehicle, when he accidentally drove the bus into the bush.

Though the official casualty figure is yet to be ascertained, a source said she saw 5 dead bodies and another victim covered in blood who later gave up the ghost on the way to the hospital.

See photos from the scene of the fatal crash below… 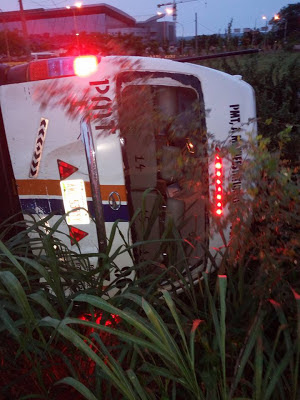 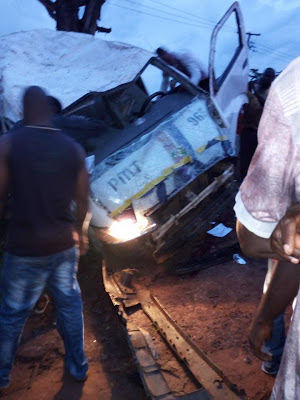 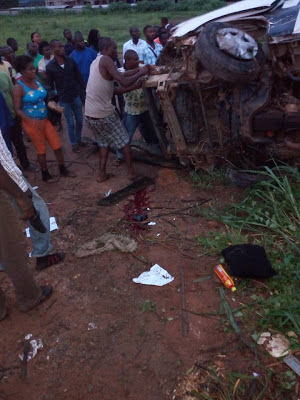 Grandpa Arrested In Kaduna For Allegedly Raping 6-Year-Old Girl Begs For Forgiveness
Fayose’s Zenith Bank Account With N500Million Frozen By The EFCC Over N1.2B He Got From Dasuki