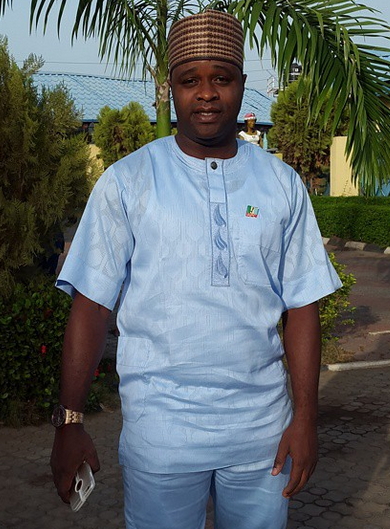 His soon to be wife is a popular socialite in Maryland simply identified as Mojisola.

She is currently in Nigeria for their Nikkai (Muslim) traditional wedding ceremony that will hold at her family house in Ikeja area of Lagos in few weeks time.

The 42-year-old Nollywood actor was previously married to Kadijat, the mother of his 3 children but their relationship hit a dead end after Funke Akindele’s romance with Femi leaked into the media.

Femi Adebayo’s wife divorced him at a customary court in Ilorin after 2  years of separation.