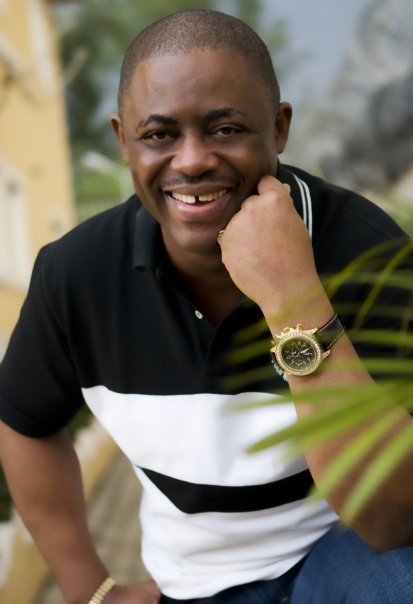 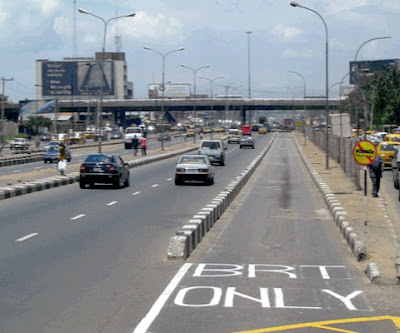 ”The claim that the igbo helped to develop Lagos is hogwash. The major institutions of the south-west were developed by the diligence, hard-work, industry and sweat of the yoruba people. This is a historical fact”- Femi Fani-Kayode

I posted these words on my facebook wall as a fall out from the hot debate that was generated after the relocation from Lagos to Anambra of 19 igbo destitutes by the Lagos State Government and Governor Fashola. Immediately after the posting all hell broke loose on my wall and all sorts of exciteable and emotion-laden comments and assertions were made on the thread. I welcome each and every one of those comments including those that accused me of being a tribalist and a yoruba nationalist.

That is the spirit of debate and we cannot all possibly agree on everything. Needless to say I stand by every word that I wrote in the post and those that do not share my view are free to hold their own opinion. My assertion is based on history and knowledge and not emotion. The facts are clear and the records speak for themselves. I will go no further than that because it is about time that Nigerians from the younger generation learnt to do their own research and to study their own history. I will not allow the mob mentality or the wild emotions of others to becloud my thinking or to intimidate me into distorting the truth.

The igbo had little to do with the extraordinary development of Lagos between 1880 right up until today. That is a fact. Other than Ajegunle, Computer Town, Alaba and buying up numerous market stalls in Isale Eko where is their input? Meanwhile the yoruba of the old Western Region and Lagos were very gracious to them and not only allowed them to return after the civil war to claim their properties and jobs but also welcomed them with open arms and allowed them to flourish in our land. This is something that they have never done for our people in the east. Such gestures of love and fraternity were never reciprocated. Now some of them have the effrontery to call Lagos which is our land and the land of our forefathers (I am half Lagosian) ”no-man’s land” and others have the nerve to assert that up to 50 per cent of the development in Lagos came as a consequence of the input of the igbo. This is utter rubbish.

Those that do not know any better ought to go and learn rather than vent their hostilities and ignorance against me here or on my facebook wall. I am not a tribalist but a great believer in Nigeria and more importantly I am a historian and a student of history. I will not distort the facts of history just to keep some people happy. The history of the yoruba and of Lagos particularly is very well known to me and the fact that Lagosians and the yoruba people generally are so generous and accommodating in their ways and to non-indegenes that settle in their territory should not be mistaken for ignorance, stupidity or weakness. We know our history, we know who we are, we know who and what developed our land and made it into what it is and we urge those that yearn to be like us to go and emulate our efforts and attitude to non-indigenees and hard work in their own states of origin.

I have nothing against my fellow Nigerians from other parts of the country and I have proved over and over again that I love Nigeria and that I am a Nigerian before anything else. However if, in the twisted imagination of some, speaking the truth about the history and development of Lagos and the Western Region makes me a tribalist, then tribalist I am. Servants of truth do not fear such labels and are often hated and misunderstood. If I was worried about what others thought of me I would have stopped writing long ago.

Meanwhile permit me to recommend to all and sundry to read and learn from the following words of an insightful Nigerian by the name of Mr. Sina Fagbenro-Byron. He has had the courage to analyse the matter in a very honest, clear and forthright manner and he has spoken the truth. Let us hope that those that have no knowledge of that truth are humble enough to learn from it. He wrote-

”It has become a recent habit by a number of our young Igbo brethren to refer to Lagos as a ‘no-man’s land. The great Zik, Mbadiwe, Mbonu Ojike, Ajuluchukwu, Opara etc would never have made such statements as they knew better. It is not only unfair but in extremely bad taste apart from the fact that it is historically false. How can you call a land that has had over 400 years of traditional rulership and cultural definition as a no man’s land.? It shows contempt for the indigenes, ingratitude of hospitality and a betrayal of ones host.

The late Herbert Macauley( a Yoruba Lagosian) on his dying bed endorsed Zik as successor leader of the NCNC because of his nationalism, intellectual sagacity and it was endorsed by a group of Yoruba elders and not by any Igbo population who is anycase were infinitesimal as at the time, for Chinua Achebe records in his book, and we can roughly confirm that there were not more than a few thousand Igbos in Lagos before the civil war. So after having been received, accommodated by their host Yorubas since the 1940s a generation that is ignorant of history and careless of historical relationship refer to Lagos as no mans land, this attitude is the cause of the perennial Jos crisis amongst others.

When the military stopped the teaching of history in schools in the 1980s, we knew that by allowing them we courted confusion, but it was deliberate. Up till 1968 , Mushin, Apapa, Ikeja, were all part of the Western Region. The English treaty was with the Oba of Eko Ile,(Lagos). Lagos traditional families all are Yoruba and the founder of Eko was Ogunfunminire who migrated from Ife before the 16th century. Lagos traditional Obaship was confirmed on behalf of the Oduduwa dynasty. If we consider it unfair to call Igbo property ‘abandoned property’ after the civil war, why should they refer to another mans backyard as no man’s land.

Lagos had been the commercial nerve center of West Africa before Nigeria was created and this was attributable to the welcoming attitude of coastal Yorubas, which was first betrayed by the Portugese who introduced slave trade, the Kiriji war and the 100 year Yoruba civil war of 1769-1869 also saw a huge population from the other Yoruba Hinterland moving to Lagos to procure salt, guns,seek out their freed slave brethren etc and these led to the growth of Lagos. Since independence and after the civil war, other Nigerians have made Lagos a home for themselves , but none have been so unkind as to call Lagos a no mans land.

Igbos who say this and claim credit for the development of Lagos should remember that the first Industrial Estate in Nigeria was built by Awolowo in Ikeja as Premier of the West and the Western house on Broad street has significant historical importance. I would urge my Igbo brethren not to make true the words of Sardauna when he described the Igbos as having a tendency to come in as visitors and seek to claim ownership to the exclusion of indigents, if Onitcha or Abakaliki is not no mans land why should Lagos be. Imagine how our Niger Delta brethren will feel if we refer to their space on God’s earth as no mans Land?”

Fagbemi-Byron has hit the nail on the head and I wholeheartedly commend him for his courage. Frankly I could not have put it better myself. How I wish that more of those that are in the younger generation today would indulge in the type of research and scholarship that this man has obviously done. He, and those that value truth and knowledge like him, are the true Nigerians and thankfully I believe that there are many like him in every tribe and nationality in this great country. May God grant them the courage to speak out and cure the ignorant of their ignorance.