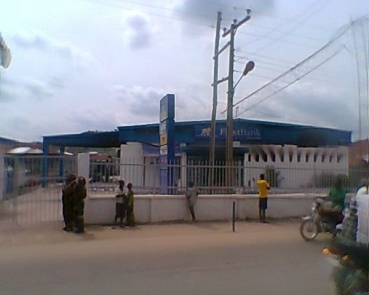 The Ondo State Police Command today said it had arrested three persons in connection with the interment of an 18-year-old boy who reportedly killed himself with his father’s gun.

Speaking on the development in a telephone chat with DailyPost, the State Police Public Relations Officer (PPRO), Mr Wole Ogodo said the family of the deceased did not make any attempt to report the case of self- killing to the police before hurriedly burying him.

According to the police spokesman, the police has commenced investigation to unravel the circumstance that could lead to the death of the late teenager, adding that the police was still awaiting the autopsy report to move forward on the investigation .

His words : “ Immediately the incident happened neither the family nor the neighbours reported the case to the police before they went ahead to bury the deceased, that is why the police made some arrest on the incident ”

“ when the boy killed himself, the police was supposed to have been informed.

“The postmortem examination would be carried out because it is one of those things to be done. We should know whether it is true that the boy shot himself or not, if it is true that he shot himself, where is the gun? Why should they hurriedly bury him, that is why we are suspicious, and made the arrest”

It was gathered that on the fateful day, the deceased climbed the ceiling to carry his father’s gun which was said to have been loaded with bullets in company of his friend, identified as Bolu.

Immediately Bolu left the scene, it was also learnt, the people at the vicinity heard a heavy gunshot and on rushing to the scene, they met Sanmi rolling in the pool of his own blood.

Meanwhile, shortly after the incident, the family hurriedly buried the deceased without informing any of security agencies.