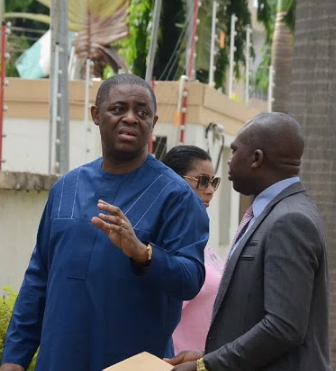 May 11, 2016 – Femi Fani Kayode, FFK Remanded At EFCC Underground Cell In Abua As Agency Secures A Remand Order To Keep Him In Detention

As we speak, the fluent social media critic of President Buhari is cooling off at the underground cell of the anti-corruption agency in Abuja.

FFK will stay in detention until the agency conclude all investigation into the N840 Million campaign money he received from PDP in 2015 elections. 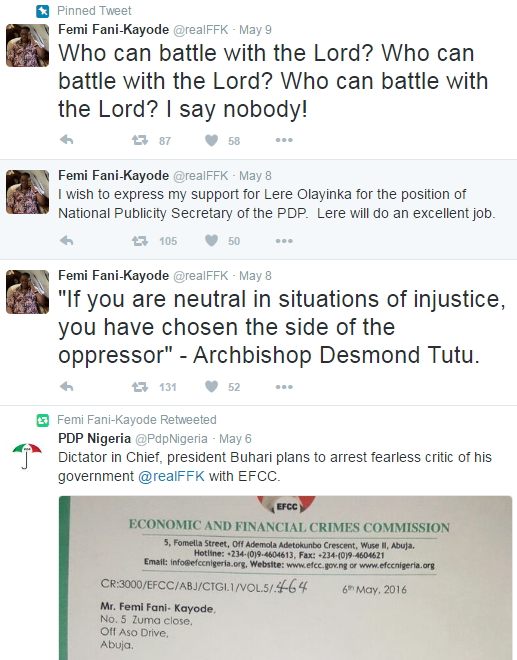