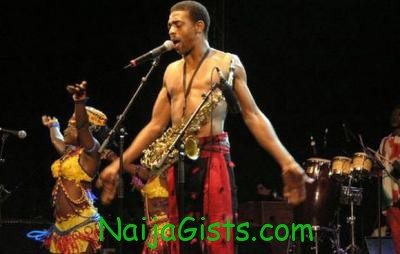 Femi Kuti’s ‘Africa for Africa’ has been nominated as Best World Music Album in the 54th edition of the Grammy Awards, which will be held on February 12, 2012, at Staples Center in Los Angeles.

Femi is up against AfroCubism, Ladysmith Black and Malian Tinariwen. This is his third Grammy nomination since 2003 that he lost to Panamanian Salsa Ruben Blades. naijagists.com

Femi’s sister, Yeni was happy and hopeful Femi wins this year as it was his third nomination so far without any wins.

The nominees for best R&B Album are F.A.M.E. by Chris Brown; Second Chance by El DeBarge; Love Letter by R. Kelly; Pieces Of Me by Ledisi; and Kelly by Kelly Price.