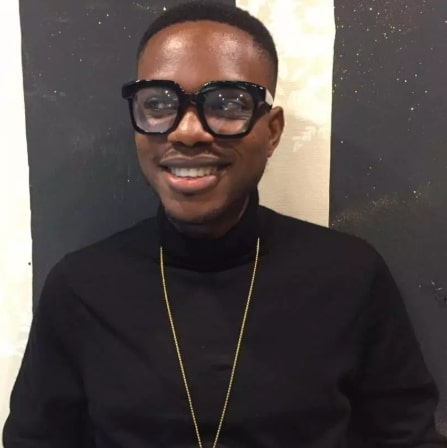 Nigerian designer, Patrick Idusi fashion label Rick Dusi says he is still in `shock’ following massive growth and recognition of the label after its debut on the just concluded Grammy red carpet in Los Angeles.

Newsmen report that Idusi attracted viral attention to his brand after designing the Grammy red carpet outfit for the actor, Tim Kubart. Kubart, who is a one-time Grammy winner and was up for another nomination on the 61st ceremony, wore a green suit made by Idusi that sparked conversations on Nigerian designers.

Although he forgot to acknowledge Idusi on the red carpet, he sent out a viral appreciation message through his Twitter account @timkubart. (Naija News)

He said, “I regret not saying the name of the designer in this interview. Was overwhelmed by everything. But all respect to Rick Dusi.” Speaking with the Newsmen, Idusi mentioned that he was ‘still in shock’ at the attention his brand has been getting since the Grammys.

Narrating the buildup to the design, Idusi said; 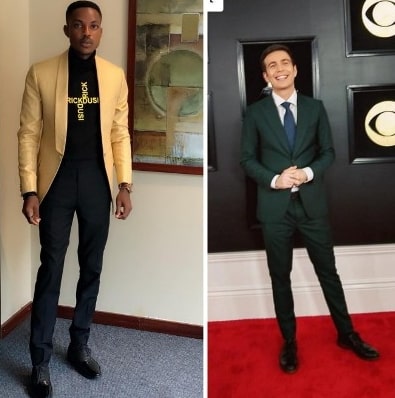 “Bella Ndubuisi, who I haven’t met before, saw the suit I crafted for my client in Canada. She reached out to my client about who made the suit for him. “She mentioned my name to Tim Kubart, he saw my brand page on Instagram and he was satisfied with my work after which he contacted me,” he said.

He also described the attention his young brand has been getting and expressed his amazement at the positive reactions. He said, “Since the news broke out, the reactions I have received have been amazing. I mean, my brand is quite young just 3 years and some months.

“Most people are quite shocked that such a young brand could actually achieve such feat,” Idusi said. Prior to the Grammys, Idusi has styled some Nigerian celebrities including Niniola, MI Abaga, Tope Tedela, Eku Edewor, Kiss Daniel and Wole Ojo.