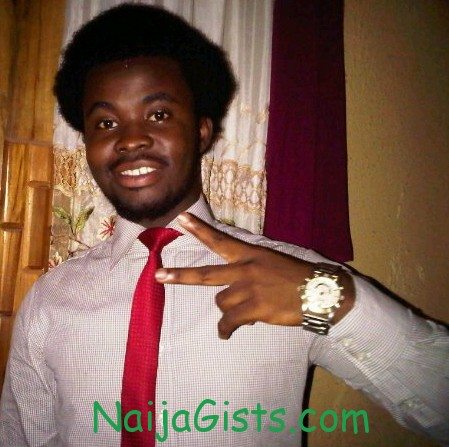 Daniel Ike aka Afro Dan, a 23-year old UNIBEN (University of Benin) final year student was shot dead on the night of Friday 7th of September at Vincente Hostel in Ekosodin behind the University. naijagists.com

As at the time of this report, the motive behind his killing is still unknown as he is not a member of any cult.

Daniel Ike, Onitsha-born final year Chemical Engineering student had less than 3 weeks to complete his degree before his brutal killing.

He was shot on the face at a close range when she went to visit a female friend at the aforementioned hostel. Daniel was reported to have died instantly on Friday night.

His friends have informed the police and his parent about his death.

This issue of cultism is going out of hand in Nigeria.