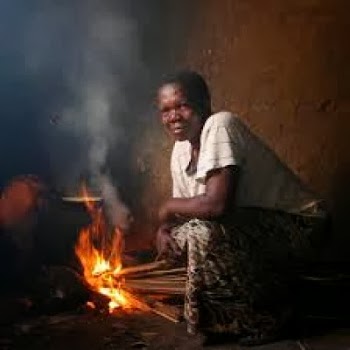 The frequent usage of firewood to cook is killing many Nigerian women, an activist warned on Monday, saying that it exposes women to diseases such as tuberculosis and lung cancer.

Titilope Akosa, a foremost Nigerian activist and executive director at the Centre for 21st Century Issues (C21st) in Lagos, western Nigeria, said in Nigeria, women are saddled with the responsibility to cook and many of them use firewood which generates harmful smokes.

“They need to cook and feed their families. Millions of them cannot afford gas cookers,” she said in an interview.

The tragedy is many fold, she explained. First, women use firewood because they are poor and are ignorant of the attendant dangers. Then, when they get sick, cannot afford treatment or medication.

The ignorance of the dangers associated with firewood usage, especially in rural Nigeria, is as dangerous as the diseases it causes, she warned.

Even in urban areas, ‎Akosa said, many households rely on firewood for their daily meals with women being in the kitchen.

“Studies upon studies at the ECOWAS level ‎and even at the international level have shown that the frequent usage of firewood and the smokes that come from that usage affect women and expose them to tuberculosis and lung cancer, ” she said.

Akosa said many women who do not use firewood, use kerosene which is as dangerous as firewood smokes.

“Kerosene brings out ‎black carbon which is also very dangerous for human health. With firewood and kerosene producing carbon dioxide, it means that women are exposed to risks of contracting these diseases much more than men,” she said.

She said the daily usage of firewood relates to the global issue of climate change which threatens the entire ‎planet.

“When firewood is cut from trees that are in the forest carbon dioxide is released. For us the link is straightforward,” she said.

Akosa explained that the recent rise of global temperature and sea level can be linked to trees being cut for cooking purposes.

She said in the South West region of Nigeria, women are affected the most. ‎In urban Lagos for instance, only three per cent of women use clean energy sources to cook while the majority rely on kerosene and others on firewood.

In the states of Ondo, Ekiti, Osun and other less developed states in the South West, firewood is used the most, she argued, citing government surveys and findings.

“The issue of cooking to us is also very important in addressing climate change,” she said.

Her C21st Non-Govermental Organisation, which works to promote the voices of the poor, the under-served and other socially disadvantaged groups in Nigeria, is gathering data and planning an intervention in that area.

“We are looking at how to turn the climate disaster into economic opportunity for women,” she said.

She said when it comes to manufacturing of cook stoves, gas cookers and other utensils used by women, “men take over and women are excluded”.

“If cooking remains mainly a woman issue in Nigeria, we believe that women must be represented in the chain of production of cooking utensils,” she said.

She argued that women can manufacture clean cook stoves and be involved in the supply chain.

“My NGO is trying to determine the entry points where women can come in within the chain of production and supply.”

Government, she said, needs to first engage in massive awareness creation about the risk of using firewood or kerosene ‎to cook by Nigerian women.

“Secondly, we need to provide an alternative, a clean alternative, and teach women how to use waste food to generate clean fuel‎ rather than using kerosene and firewood,” she said.

In terms of statistics, she said quoting the ‎report on climate change, that at least 150,000 people die every year in Nigeria as a result of harmful smokes.