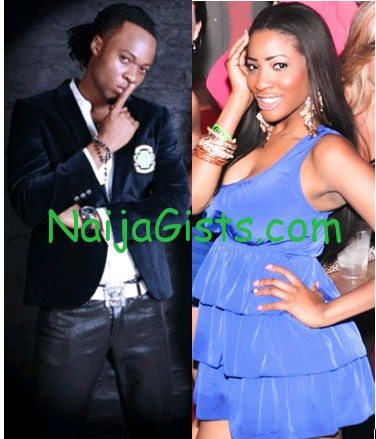 Nigerian music star Flavour Nabania has dedicated a single titled Beverly in his new album Blessed to his one and only fiancee, Ms Beverly Ngozi Nkaegbu. naijagists.com

The top artiste who has been scandal-laden lately confessed Beverly is his one and only.

Listen to the song below

Here is the lyrics of the song:

“When I went to America, I met one girl, her name na Beverly. All of a sudden, I get enemies. Within within enemies. Tell Nneka, Tell Onyinye, Tell Benjamin, to leave Beverly alone.

What did I do to them?  Many bad things dem ma talk about her.

Many bad things dem ma write about her. Too many people flex say they know her. Everyday I’m always reading on Twitter, Facebook dem ma talk about the matter, say I wanna take Beverly to altar.