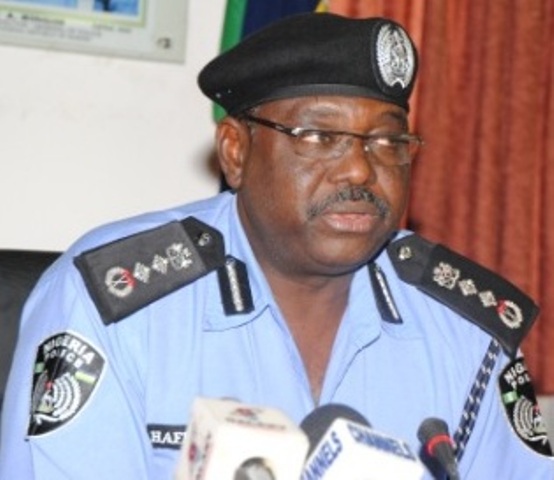 Mr Hafiz Ringim the past Nigeria’s Inspector General of Police is currently claiming refugee status in the United Kingdom over Boko Haram‘s threat.

After his sack last year, we learnt Ringim relocated the United Kingdom and hasn’t returned to Nigeria since then.

According to family sources, he has filed an asylum application seeking refugee status before the United Kingdom Border Agency.

Ringim’s refugee status application is anchored on fears that the dreaded Islamic militants, Boko Haram are after his life.

The ex-IGP claims he escaped June 2011 bombing carried out by Boko Haram militant in Abuja.

According to Daily Sun, the ex-IGP was also said to have drawn the attention of the British officials to the June 6, 2011 murder of his deputy in office, Alhaji Abubakar Ningi. Also killed in the attack were Ningi’s police orderly and driver. Boko Haram claimed responsibility for the killings. Sources said that he informed the British agency that former military chiefs have not been spared by the Islamic militants.

He reportedly cited the November 2012 murder of a civil war combatant, General Mamman Shuwa. Ringim, under whose tenure the United Nations’ office in Abuja was bombed, reportedly told the UK officials that returning to Nigeria was akin to sending him to certain death.

Close friends and associates of the former police boss told Daily Sun that Ringim was happier living in the UK. “The sleepless nights Hafiz had because of Boko Haram shot up his blood pressure. His health deteriorated so fast that some of us were relieved the moment he was asked to go.

We are in constant touch and he sounds happier and more relaxed,” a source offered. Efforts to get the UK agency’s comment on Ringim, weren’t successful. As at Press time, they had yet to respond to an email request on his reported application for asylum.

The IGP’s refugee claim is based on a well-founded fear.

Because of his position, those dreaded terrorists might be after his life.