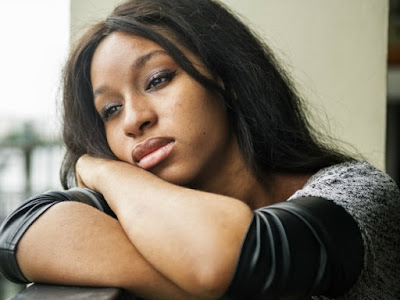 Nov 13, 2017 – Heartbroken American Lady Reveals How She Finds Out Her Nigerian Boyfriend Is Married With Kids

Involved with a Nigerian man for a year. Basically begged me for my number. Wasn’t interested because of a 12 year relationship I had just ended. Needed to heal. Exchanged numbers anyway and this man poured on the kind words and what i see now were lies lies.

He told me he was not married and had no kids. Told me Nigerian men don’t cheat like men in America we debated about that and basically i told him he was full of it. I decided to give him a chance anyway what the heck i thought.

Initially when we met he asked me for a large sum of money and I quickly redirected him and told him I’m not the American he will scam for money so if that’s what he wanted he could leave. He apologized and we moved on. While he was in Nigeria he left me his bank card so i can retrieve his money for him and transfer it to him in Nigeria when he got paid which i did not problem. When he returned I noticed that this man never had any money and i continued to ask him why and offered to help him budget.

We did activities together you know just like a normal relationship. Over the year my gut was telling me something was not right, things didn’t add up. He always wanted to check my phone but didn’t want me to ask him questions about his. Went through his phone and found some things that were disrespectful to our relationship. Called the women and indeed he was talking to someone in another state.

This woman said they had not met each other in person but was dating previously off and on. The text message of her asking when he was coming to visit at the same time we were dating was the disrespectful part. He had also not told her he now had a girlfriend.

He explained that he had no intentions of going to see her but continued to talk to her which he admitted was wrong. OK apology accepted. Still something didn’t sit right with me. Deep inside I had a feeling something was being hidden from me and i continued to dig deeper.

In the mean time my kind and caring heart begin to turn into coal. Even though i wasn’t supporting him or giving him any of my hard earned money and if i wanted to spend any money on him it was always my choice. He paraded me around all of his friends who he says were very jealous of him because of me he even introduced me to his brother but still i felt uneasy.

I kept digging and digging and someone how found a number that i recorded from his phone early on when i found the other numbers. For some reason I kept this number never called it but something was telling me call it. I connected it with a name in Nigeria and saw some pictures of him and this woman and a child that looked just like him.

Also there was postings of a wedding congratulations and also postings of a new baby being delivered that coincides with conception around the time he was in Nigeria last. Now go back about 10 months. In his phone there was a photo of him and a woman who he told me was his sister and I laughed in his face on how stupid that sounded because of the situation of the photo no one unless it’s incest will be in that situation with his sister.

Fast forward i called this woman and sent her a picture of the guy and I together and asked if this was her husband and she confirmed as well as confirming the kids as well.

I showed him the picture and let me tell you the lie he told. He said the woman was his third cousin who he as the oldest man of the family had to step in as her husband to help with the kids. He said the kids were not his. I kept telling him i already spoke with the wife and know i just needed him to be a man apologize and tell the truth.

He then told me he did know the woman he had sexual intercourse with her but the child is not his and he is not her husband. Well in the meantime he is denying this still and I connected with the wife to apologize to her because that’s not the type of woman i am to sleep with married men.

She apologized for her husbands actions and told me. I NEED TO FIND A WAY TO FORGIVE HIM FOR HER SAKE. SAYS WHATEVER AFFECTS HIM AFFECTS HER AND YOU KNOW HOW NIGERIAN MEN ARE.

What in the world did that mean?  In her exact words. Ladies be mindful follow your gut. This experience has broken my spirit deeply. Not sure how to heal but if Gods will I shall.