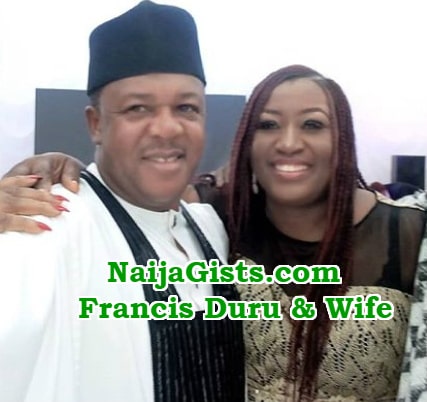 Francis Duru: I’m Happy Married To The Best Woman In The World

Nigerian actor Francis Duru has revealed that he is not a perfect man as many perceive him.

In an exclusive chat with The Nation, Duru says he makes mistakes like every other being and admits he’s not a perfect guy.

“I still speak to grace because nothing in life is perfect. I am not a perfect guy, I make mistakes,” the ‘House in Crisis’ star says.

Continuing on how he has been able to stay off scandals as a married and veteran actor in the spotlight, Duru says his foundation is responsible for all he has achieved.

“I have been married for sometime, it is not as if my marriage has not had hitches but not as big as it may sound, but I will tell you that I am happily married to the best woman in the world, three wonderful children and I have the essence. Now it speaks to one thing – foundation. Foundations are paramount.

Duru made his debut on klieg lights in 1989 when featured in ‘Missing Mask.’ he went on to become a household name in 1994 after featuring in Nollywood classic, ‘Rattle Snake.

Continue Reading
You may also like...
Related Topics:francis duru wife