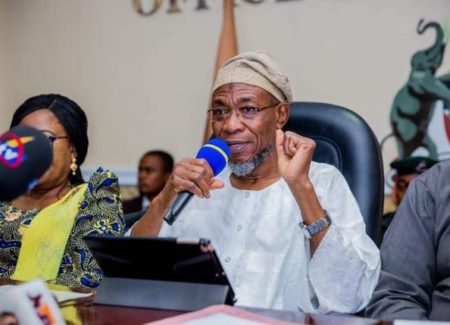 Residents of Osun state living in Lagos are set to enjoy free training rides from Lagos to Osun state and vice versa during the upcoming Eid-el-Kabir holiday.

According to the state commissioner for Industries and Commerce, Ismaila Alagbada,  the gesture was in furtherance of Gov. Rauf Aregbesola administration’s commitment to the welfare of the people.

According to Jayeoba-Alagbada, the free train is expected to move from Lagos to Osogbo twice but will operate only one trip for the post-Sallah return journey.

The commissioner explained that the first free train would move from Lagos on Wednesday, Aug. 30 at 10.a.m. from the Iddo Terminus to Osogbo.

He further said that after the holiday, the train would leave Osogbo on a single trip to Lagos on Sunday, Sept. 3 by 10. a.m.

“This we have concluded as the plan for this year’s Eid-el-Kabir festival,” the commissioner said.