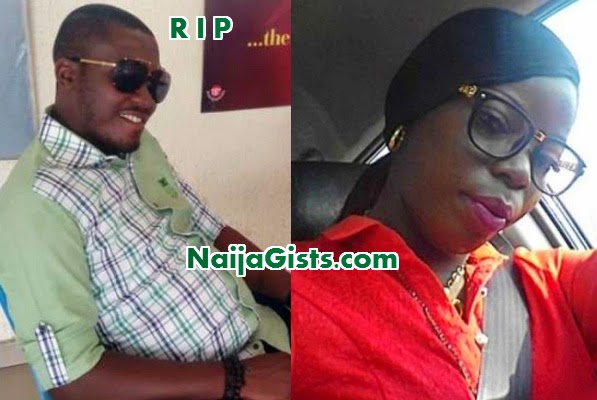 I reside in Bayelsa, a close friend to the diseased and Victoria in question. infact i had known the couples for over 5 years, and had shared and settled most quarrels between the 2, as a matter of fact, we where neighbors in university, so i can tell virtually how they both were leaving back then in school and after.

Victoria kill Barr. Henry Gagariga as a result of wickedness and high showcase of witchcraftry.

Barr. Gagariga loves Victoria so immensely to the extent of giving deft ears to her evil deeds,betrayals and even promiscuity in their relationship. He feels satisfy with her and treats her with all specialty.

He has gone off rules on several occasions just to ensure she derives comfort and happiness with him.

Barr. Henry Gagariga was God-fearing, calm, good and a promising young man. One thing i can attest unwelcoming and disgusting about their relationship before growing into marriage was their regularity in disagreement and consistent fallout, and eventually that lead to his death, because Barr. Henry in their early stage fails to put her to order and allowed untrue love to cloud his thinking and decisions.

Victoria is stubborn by nature and bossy that she hardly accept but resist oppression. This isn’t the first incident that she’s using sharp object on him, unfortunately this time she uncontrollably took his life.

Couples do quarrel especially those that are newly wedded and probably in the process of accepting or understanding each others strength and weakness, likes and dislikes etc.

Inspite of the infuriating things the diseased must have done to Victoria she has no right to slaughter him to death.

This is the highest height of wickedness. No wonder shes has refused to give him a child because of her evil agenda.

Belinda Effah, Adunni Ade Dazzle On So In Love Movie Set
Check Out Tonto Dikeh’s Pre-Valentine’s Day Shout Out To All Men