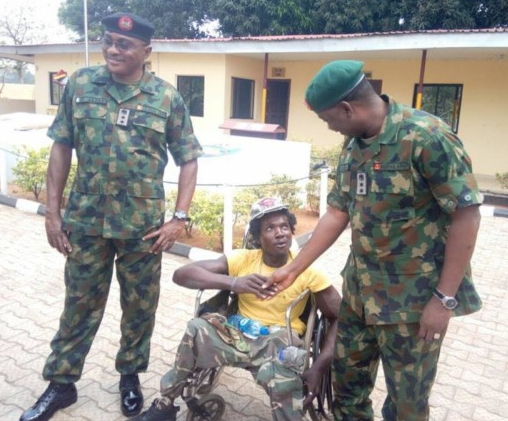 From Brutality To Stardom…. See How The Nigerian Army Compensated The Disabled Beggar Attacked In Onitsha Anambra State

It is no longer news that Mr Uraku, a cripple attacked in Onitsha on Tuesday has been compensated by the army, the latest news in his life is that a man has come forward offering to sponsor him.

Chijioke Uraku who escaped death by luck has found favour with God and man as a billionaire has reportedly come forward with the promise to help him set up a business.

Here are the photos of Chijioke at 302 Artillery Regiment/14 in Onitsha today.

See the official photos shared by a Twitter user who covered the report below: 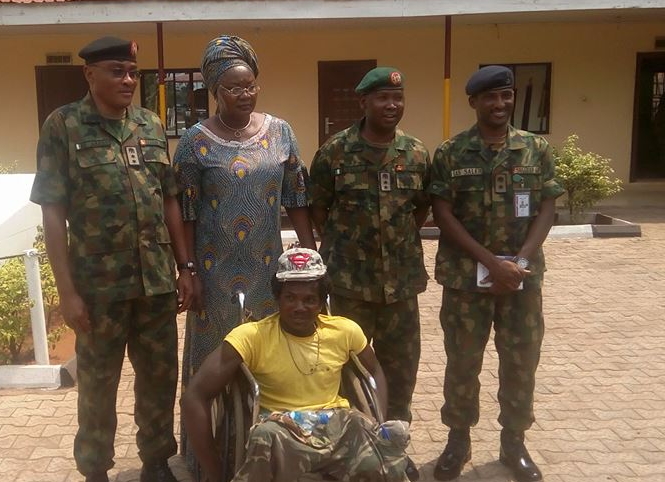 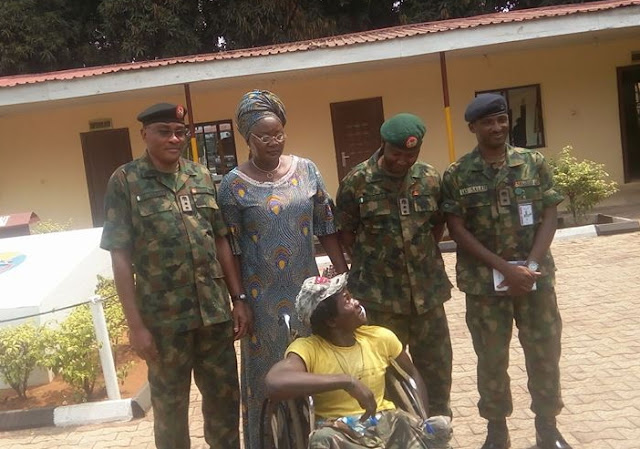 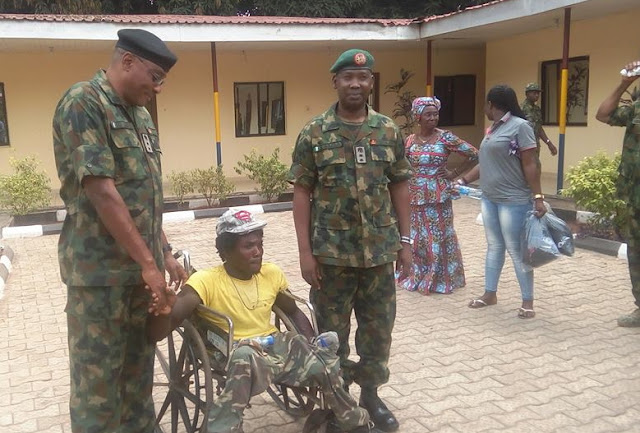 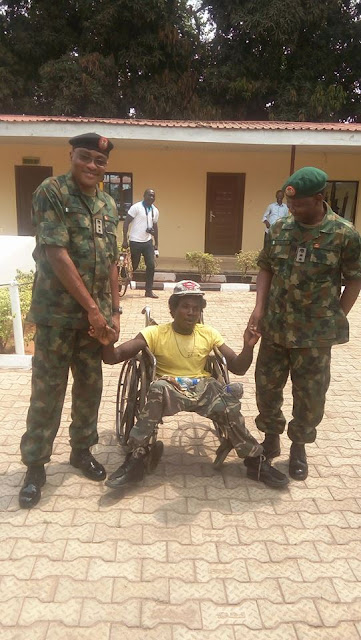 May God continue to bless those who helped this young man.